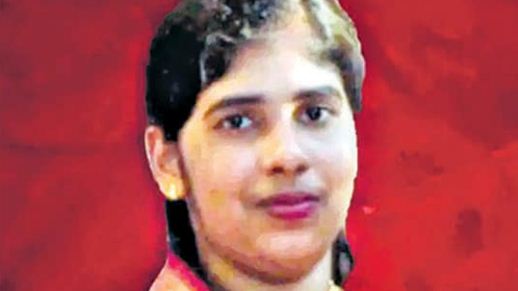 The death sentence on a nurse from Kerala, for murdering a Yemini citizen five years ago, has been upheld by an appeals court in the west Asian country of Yemen. The information has been conveyed to her relatives in Palakkad by social workers.

Nurse, Nimisha Priya (33) still has a chance to approach the Supreme Judicial Council headed by the President of Yemen, but the possibility for any relief seems unlikely. The apex council rarely sets aside the verdict of the appeals court.

In 2017, Priya and Hanan injected Talal with sedatives and killed him. They reportedly chopped his body before disposing it in a water tank of the clinic and fled the city.

Talal’s body was recovered a few days later when local residents complained of a stench and a month later, both Priya and Hanan were arrested, her relatives said.

Arrests were made in the co-location scam, the FIR for which was registered in May 2018. This was amid fresh revelations about irregularities in the country’s largest stock exchange. The CBI had earlier questioned Ramkrishna, Subr­a­manian and Ravi Narain, also a former CEO of the NSE.

A report of the Securities and Exchange Board of India (Sebi) last month showed that Ramkrishna took key decisions at the NSE from 2013 to 2016 on the advice of a “Himalayan yogi”, whom she had never met. He had allegedly instructed her to appoint Subramanian as group operating officer.

In April 2019, Sebi directed the exchange to disgorge Rs 625 crore, along with an interest of 12 per cent per annum since 2014, for lapses at its colo facility, which allowed unfair access to certain brokers.

A burnt-out cargo ship carrying thousands of luxury cars, including Porsches and Bentleys, sank off the Portuguese Azores archipelago nearly two weeks after it caught fire. Joao Mendes Cabecas, the captain of the nearest port on the island of Faial, told the media that the Panama-flagged Felicity Ace had sunk as efforts to tow it began due to structural problems caused by the fire
and rough seas.

“When the towing started… water started to come in,” he said. “The ship lost its stability and sank.”

The blaze on the ship carrying around 4,000 vehicles made by Volkswagen Group from Germany to the United States broke out on February 16. The 22 crew members were evacuated on the same day.

Cabecas said no oil leak had been reported so far but there were fears the fuel tanks could be damaged as the vessel lay at the bottom of the Atlantic at a depth of around 3,500 m.

The first part of the autobiography contains his early life experiences. In it, he traces his school and college days, adolescence, early political contributions, marital life and the MISA struggle, recalling 23 years up to 1976.

Prime Minister Narendra Modi inaugurated the Pune Metro recently, following which it was thrown open to the public. The inauguration happened at Garware College Station. The metro has been developed by the Maharashtra Metro Rail Corporation Limited, which is a 50:50 jointly owned company of the Centre and the Maharashtra government.

Two routes have been opened to passengers: one from Vanaz to Garware College and the second is from PCMC to Phugewadi Metro Station. As of now, the train frequency will be 30 minutes. The minimum fare is Rs10, while the maximum fare is 20. A round trip of Rs30 is available on both sections.