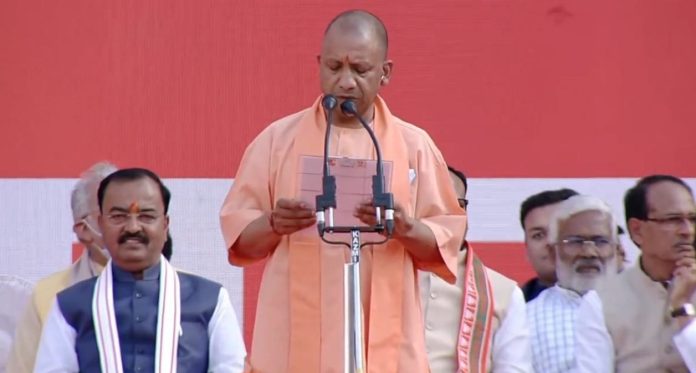 Bharatiya Janata Party (BJP) leader Yogi Adityanath will be sworn in as the Chief Minister of Uttar Pradesh, on his second run, today (March 25) at 4 pm. On Thursday Adityanath staked the claim to form the government in Uttar Pradesh for the second time. The BJP-led NDA secured 274 seats out of 403, becoming the first party in over three decades to form a government for a second consecutive time in the state.

Top leaders of opposition parties will also be invited. Governor Anandiben Patel administers the oath of office and secrecy to Adityanath and others at Lucknow’s Atal Bihari Vajpayee Ekana Stadium where seating arrangements have been made for 75,000 people.