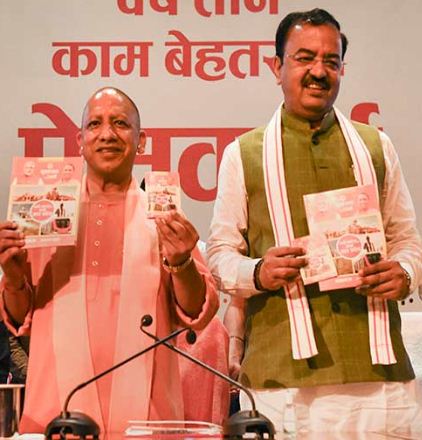 The first list of candidates was released by the Bharatiya Janata Party (BJP) today. Apart from that, today’s announcements had one surprise. A list for 107 seats for first and second phases of the assembly elections was released.

Chief Minister Yogi Adityanath, who was initially expected to run from Mathura and then from Ayodhya, will now run from his pocket borough, his own place Gorakhpur city instead. Deputy CM Keshav Maurya will contest from Sirathu in Prayagraj region. Yogi will contest in the sixth phase, while Mauryua contests polls in the fifth phase.

In the initial list, while 63 sitting MLAs got tickets again, candidates changed at 20 places. 21 new candidates have been given tickets. The new candidates include women, youth, and doctors. There have been 44 tickets for OBCs and 19 for scheduled caste candidates.