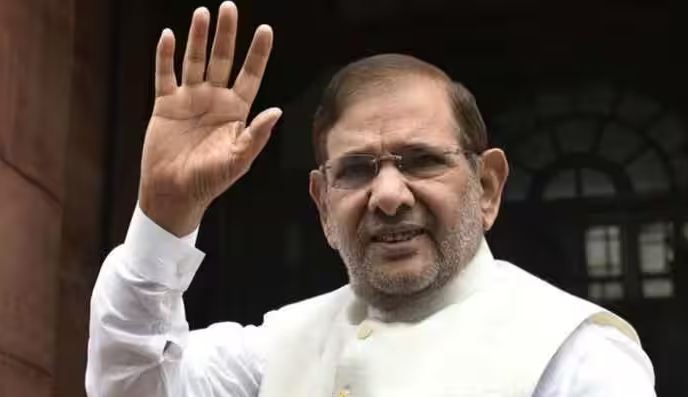 Socialist stalwart and former JD (U) chief Sharad Yadav died on January 12 at a hospital in Gurugram. He was 75. He is survived by his wife, daughter and son. His daughter, Subhashini Sharad Yadav, confirmed the news on Twitter saying, “Papa nahi rahe (Papa is no more).”

The former minister’s health had been deteriorating and he was admitted to Gurugram’s Fortis hospital. The hospital issued a statement saying Sharad Yadav was brought to the emergency ward in an “unconscious and unresponsive state” and he did not have “any pulse or recordable blood pressure.

“On examination, he did not have any pulse or recordable blood pressure. He underwent CPR as per ACLS protocols. Despite best efforts, he could not be revived and was declared dead at 10.19 pm,” the hospital said in its statement.

Born on July 1, 1947 at Babai in Hoshangabad district of Madhya Pradesh, Yadav was a gold medallist in engineering from the Jabalpur Engineering College.

Yadav, one of the tallest socialist leaders of the country, remained at the centre of Janata politics for decades. He soon became active in youth politics, greatly influenced by socialist leader Ram Manohar Lohia.

He participated in a number of mass movements and was detained under MISA during the turbulent 1970s.

Much later, he was among the leaders who played a significant role in the implementation of the Mandal Commission recommendations. He was one of the few who had been instrumental in installing Lalu Prasad as Chief Minister of Bihar in 1990.

Sharad Yadav was a three-time member of the Rajya Sabha and a seven-time Lok Sabha MP.

In a condolence message on Twitter, Prime Minister Narendra Modi said, “Pained by the passing away of Shri Sharad Yadav Ji. In his long years in public life, he distinguished himself as MP and Minister. He was greatly inspired by Dr. Lohia’s ideals. I will always cherish our interactions. Condolences to his family and admirers. Om Shanti.”

Lalu Prasad Yadav on Friday condoled the demise of Sharad Yadav in a video message from Singapore. Posting a video message for the deceased leader on Twitter, Lalu Yadav from his hospital bed in Singapore where he is recuperating from a kidney transplant surgery, said, “I am saddened to hear the news of big brother Sharad Yadav`s death. He, besides late Mulayam Singh Yadav, Nitish Kumar and myself learnt the politics of socialism from Ram Manohar Lohia and Karpoori Thakur.

“On many occasions, Sharad Yadav and I fought with each other. But our disagreements never led to any bitterness,” Lalu Yadav added.

Today is World Science Day for Peace and Development