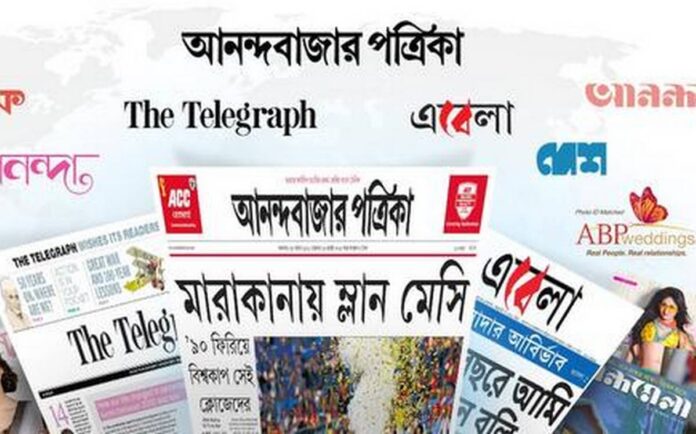 Things are changing, again, at ABP. The new Editor-in-Chief of both, the Bengali Anandabazar Patrika and the English The Telegraph is now Adideb Sarkar, according to an in-house circular that has been mailed to all employees recently. He is replacing his father, Arup Sarkar, in this post. Arup’babu is receding somewhat in the background, taking up an interesting title, Nestor.

As per Greek mythology, Nestor was a wise king, though not in the cast of King Solomon. His advice was always respected, the Iliad says so, and the reason was his age and experience. However, this seemed to have always been “tempered with a sub-text of humor at his expense due to his boastfulness, as he is never able to dispense the advice without first spending several paragraphs recounting his own heroic actions in the past when faced with similar circumstances.”

Let sleeping euphemisms be. Nestor was just a king of Pylos who serves in his old age as a counselor to the Greeks at Troy.

If that reminds one of politicians of today, it is because that is a natural corollary of power. There are other stories associated with that, but at this point one is reminded of the ruthless sackings at the ABP house, which have been par for the course for a while now, mostly carried out by Atideb, as CEO.

What happens next is anybody’s guess. But if a recall is made of a special 16-page supplement brought out by Anandabazar Patrika on completing 100 years, it can be noted that one particular person’s mention was completely omitted as a contributor to the house’s success and progress. It was Aveek Sarkar, the deposed Editor-in-Chief.

Of course, the argument was that the idea was not to glamorize family, but to pay respect to contributions from without. To that extent, this was a good call.

Employees at ABP and TT (as The Telegraph is commonly known) are on tenterhooks. Rumours of the sale of TT are doing the rounds again, as are rumours of summary dismissals of old employees. Fingers crossed for everybody.