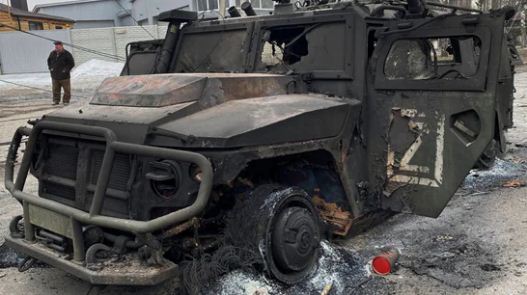 Russian aggression into Ukraine has not been directly condemned by India or China. India abstained from voting against Russia at the UN Security Council meeting, leaving it enough headroom to negotiate further deals that suit India.

One has to be realistic in international diplomacy and, more importantly, one has to put the interest of one’s own country first in negotiations. The US is adept at doing this. Whether it be attacking Iraq on the false pretext of the dictator Saddam Hussein amassing weapons of mass destruction or the pretext of ‘democracy’ in Lybia, it has always relied on the fact that there were oil wells to be taken over. Afghanistan was a no go, because there was nothing to gain from it anymore.

India must realise that this war is NOT a War of the Worlds, as the west is projecting it to be. It is a war of hegemony and of one country (Russia) wanting to protect its own security in the face of the incessant eastward move of NATO. Technically, NATO should have been disbanded as soon as the Soviet Union collapsed. But the military agreement served the purpose of the defence equipment manufacturers of the world – especially of the US – so well that they decided to keep it open, drawing in taxpayer money by the billions.

India is not a part of this huge racket. And this is not India’s war. However, the biggest takeaway for India, from the Russian invasion of Ukraine is not a situation where India will be a mute spectator. In the aftermath of the massive sanctions that the US wants to impose on Russia for the invasion, India can actually turn it in its favour.

Over 80% of all of India’s fuel needs are imported. The main source is Brent Crude, one which is ‘sweet’ or with low sulphur content and has low density. Our refineries are configured mostly towards that.

What we mostly get is Brent Blend, London Brent and Brent petroleum. This does not mean India cannot accommodate other forms of crude, especially from the eastern Russian fields. For example, the flagship project of ONGC Videsh ‘Sakhalin 1’ in Far East Russia, added another feather to its crown by commencing production from Arkutun Dagi, the third and final field being developed as part of the larger Sakhalin 1 project. This was way back in 2015.

The Arkutun-Dagi oil and gas field is located 25 km offshore Sakhalin Island in water depths ranging from 15 to 40 m.

Much of that was aimed at export to India. Such deals and regarding more Russian oilfields to the east may be used. Of course, with a huge presence of Chinese traders in Vladivostok, there could be initial problems, but that is not something that India cannot work around.

More importantly, India can get this crude in a Rupee-Rouble trade. That is a complete win-win for India. So will that stop Saudi oil to India? Unlikely. The Saudis are dependent on the US for security and a host of other facilities – so much so that they have been forced into a diplomatic ‘good relation’ situation with Israel by the US – but they are no fools. India is one of the world’s major petroleum importers. And this market is worth a lot to the Saudis.

Also, about 60% of all Indian defence equipment is Russian made. They also need constant supply of Russian spares. This cannot stop.

The most important thing is the China-Russia axis that is opening up. Indi cannot sit on its hands and not get involved. The security of the entire region is involved.

A war in Ukraine is bad but, sorry, it is not India’s problem anymore.