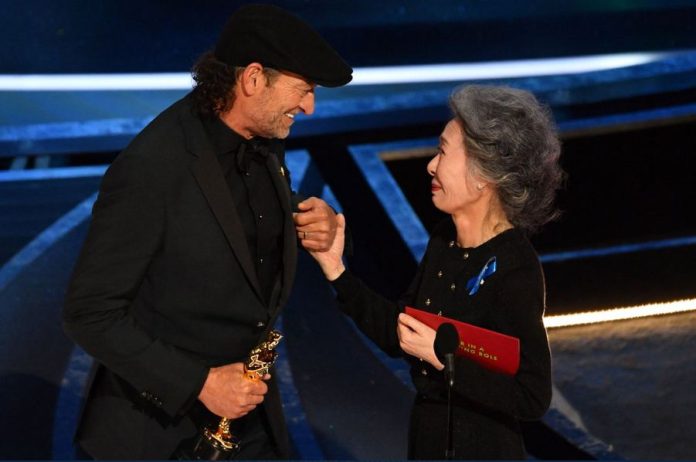 This is the first time that a best picture category win has come from the streaming media service. Sian Heder’s CODA, thus created history as the Academy Awards were given out early today (India Standard Time), Sunday evening in the US. This was the 94th Academy Awards.

There has been critical acclaim for the movie, for its sensitive depiction of the disabled community and its use of deaf actors.

The best actress Oscar went to Jessica Chastain for her role as a televangelist in ‘The Eyes of Tammy Faye’.

Denis Villeneuve’s sci-fi powerhouse ‘Dune’ dominated the Academy Awards in the technical categories by grabbing six out of eight wins for cinematography, production design, editing, original score, sound, and visual effects. India’s Namit Malhotra is the Chairman and CEO of DNEG, the VFX pro behind Dune.

In one of the most shocking moments in Oscar history, Will Smith stormed onstage and slapped presenter Chris Rock for a joke the comic made about Smith’s wife, Jada Pinkett Smith. The drama began while Rock was presenting best documentary during the 2022 ceremony. Rock made a crack about Pinkett Smith getting ready to film a sequel to G.I. Jane — an apparent reference to the actress having a shaved head. (Pinkett Smith has been open about her hair loss due to alopecia.)

Following this, Will strode to the stage and hit Chris and then screamed “Keep my wife’s name out of your f****ng mouth”.

Troy Kotsur also made history, becoming just the second deaf actor to win an Oscar. “This is dedicated to the deaf community, the C.O.D.A. community, and the disabled community,” Kotsur said. “This is our moment.”

The Academy also showed support for the people of Ukraine as Reba McEntire performed her nominated song ‘Somehow You Do,’ introduced by Ukraine native Mila Kunis on stage. “While film is an important avenue for us to express our humanity in times of conflict, the reality is millions of families in Ukraine need food, medical care, clean water, and emergency services,” read a message on a black screen.