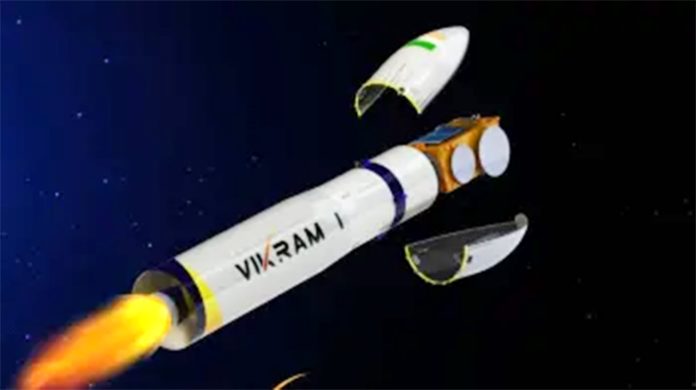 It is not only Elon Musk and SpaceX that is trying to venture into space as private missions. In India, too, this is happening, albeit on a smaller scale. In India it is called ‘Prarambh’ (the beginning) and ISRO helped the launch this rocket, built by Skyroot Aerospace.

November 18, 2022, at 11.30am, history was created in India as Vikram-S, India’s first privately-developed rocket, had a successful lift-off from ISRO’s launch pad in Sriharikota.

The 6m rocket, which was developed by Hyderabad-based start-up Skyroot Aerospace Private Limited, hit a peak altitude of 89.5 km before splashing into the Bay of Bengal, about five minutes after the launch. Mission Prarambh was a complete success.

Skyroot Aerospace Private Limited is preparing to launch at least two rockets a month by the end of 2025 while also developing reusable rocket engines. The rocket Vikram-S is a single-stage solid fuelled, sub-orbital rocket developed over two years by incorporating advanced technologies including carbon composite structures and 3D-printed components.

Equipped with a gross lift off mass of 545kg, and payload mass of 80 kg, Vikram-S carried with it three customer payloads, which will map the measurement and validation of certain flight parameters and payload integration processes.

The booster stage of a rocket is the engine that helps it achieve ‘escape velocity’, following which the booster detaches from the main rocket, re-enters Earth, and uses small motors to land. The engine, or the booster, thus can be reused for future missions, saving costs for a rocket launch services firm. Elon Musk’s SpaceX is the only firm to have managed this feat.

To be sure, SpaceX made its first orbital commercial spaceflight in October 2008, carrying private satellites into orbit. After 14 years and over $10 billion in funding, the company does an average of over five launches every month—having completed 56 successful launch missions as of November 20.

In comparison, Skyroot Aerospace was incorporated in 2018. Skyroot Aerospace’s first launch, four years in the making, took place from the ISRO-maintained Satish Dhawan Space Centre in Sriharikota on November 18 .

This was a technology demonstration flight to showcase the capabilities of the company. The rocket will help validate the technologies that will be used in the subsequent Vikram-1 orbital vehicle of Skyroot that is planned for launch next year, subject to technical clearance by IN-SPACe.

Founded by Pawan Kumar Chandana and Naga Bharath Daka in June 2018 Skyroot Aerospace is a two-time national award-winning space start-up, with 200 employees, and is the largest funded private space start up in India with Rs526 crore raised as capital till date.

“We started four years ago and when we started there was no policy but we took that leap with faith. But now the policy has come up and we got support from ISRO,” Chandana told the media.