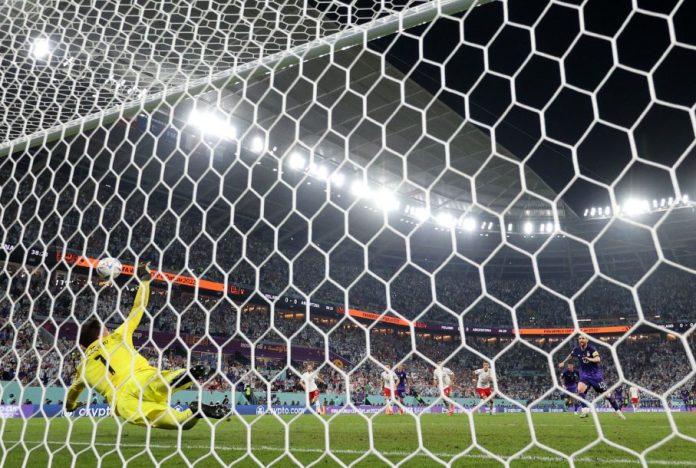 Late November 30 and early December 1 group matches of the Qatar 2022 FIFA World Cup saw Poland Argentina and, surprisingly, Australia qualify for the round of 16, while a brave Tunisia, Denmark and Saudi Arabia were sent back home . World Cup holders France, who were beaten this day by Tunisia, had already qualified for the next round. Also going home would be Mexico.

Tunisia beat France, Australia beat Denmark
In a nervy Group D scenario, Australia joined France in the Round of 16 with a 1-0 win over Denmark. Tunisia went out as the third-placed team, but not before registering a 1-0 win over France. Antoine Greizmann seemed to have scored the equaliser for France late into the game, but VAR intervened and found that the Atletico Madrid man was offside.

Group C action
A drama-filled Group C saw Argentina qualify for the Round of 16, following a 2-0 win over Poland, who also qualified as the group runners-up. Mexico, despite securing a 2-1 win over Saudi Arabia, were knocked out of the tournament due to an inferior goal difference in comparison to Poland.