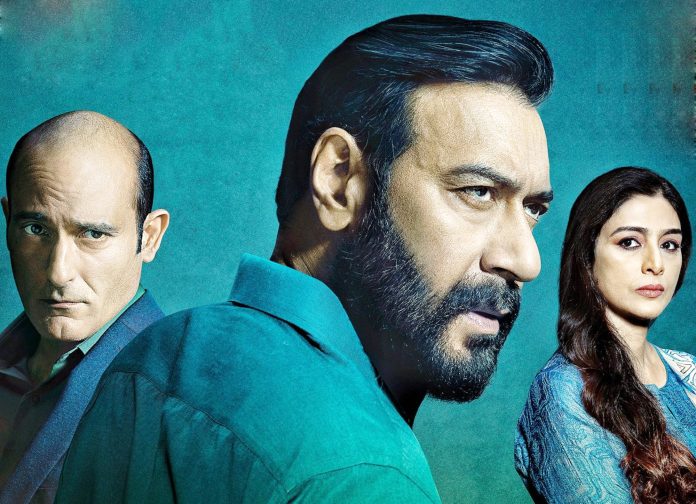 After a successful stint with Drishyam, the makers of Drishyam are all set to come up with the second part. The first part was directed by the late Nishikant Kamat, who passed away in 2020.

Drishyam 2 is helmed by Abhishek Pathak. Ajay Devgn, Tabu, Shriya Saran, and Ishita Dutta are returning to the big screen with their crime-thriller. The film also stars Akshaye Khanna in an important role. It is an official remake of Mohanlal’s Malayalam film Drishyam 2 which was released in 2021. The trailer was launched recently and it received an overwhelming response from the audience. Ahead of the film’s release, Pinkvilla recently exclusively caught up with the captain of the ship, Abhishek.

Almost all the characters from the first film make a reappearance, and the sequel is enriched by it. They largely show the effects of the past seven years – the Salgaonkars of keeping the terrible secret of a murder; and the Deshmukhs of living with the knowledge that the former got away with killing their only son, a wayward Sam.

The only one who sticks out is Shriya Saran, playing Vijay’s wife in the same perfect hair and clipped saris, with eyes unshadowed but for kajal the sleepless nights haunted by the murder that she talks about notwithstanding.

In the first part of Drishyam, Vijay Salgaonkar (Ajay Devgn) moves heaven and earth to save his family after they were hit by a catastrophe. While back then he managed to get away with murder quite literally, the unfortunate event comes back to haunt him after seven years in part 2 when a new IG Tarun Ahlawat (Akshaye Khanna) takes charge of the Pondolem police station, and fresh pieces of evidence come to light. As the authorities bring their A-game forward to prove the crime, the Salgaonkars go through the same trauma yet again. Will Vijay be able to safeguard their future this time as well? You’ll have to watch the film to find out.

Review
The best part about Drishyam 2 is its gripping second half, especially the last 40 minutes. This is where the whole film unravels by introducing one twist after the other. The situations are seamlessly put together making the whole sequence exciting and believable. Kudos to original Malayalam film director Jeethu Joseph for penning this story, and to Abhishek Pathak – who has helmed the Hindi version of the crime thriller – and has justified the OG version of the movie.

There is this one particular sequence of Akshaye Khanna’s Tarun Ahlawat with Shriya Saran, Ishita Dutta and Mrunal Jadhav’s characters which is beautifully conceptualised, delivering the necessary thrills and chills. It is aptly supported by Director of Photography (DOP) Sudhir Kumar Chaudhary’s camera angles and Devi Sri Prasad’s tremendous background score. Dialogues written by Aamil Keeyan Khan stand out, especially the one liners that were given to Khanna. They provided the occasional laughs, while also making a strong impact. Production Designer Tarpan Shrivastava stayed true to the characters’ milieu, and played an important role in bringing the world of Drishyam 2 alive.

The first half of the film doesn’t work at all, and lacks high points. One of the most important elements of a crime-thriller is to keep the audience hooked throughout, and Drishyam 2 fails to achieve that in the first half. The inconsistency of thrill in the narrative for the first sixty minutes is the biggest drawback of this movie, and adapted screenplay writers Aamil Keeyan Khan and Abhishek Pathak could have focused a little more on sharpening this crucial part of the sequel. However, I had the same complaint with the Malayalam follow-up too.

Some sequences are also quite elongated, and the writers along with editor Sandeep Francis could have collaborated to fix this.

Shriya Saran’s performance helps one relate to Nandini Salgaonkar’s plight, while Ishita Dutta and Mrunal Jadhav give sincere performances as Anju and Anu respectively. Rajat Kapoor is brilliant in his limited screen time.
Not having enough and expected high points in the first half of Drishyam 2 goes against the film, but it manages to cover up for that in the latter half of the movie. Watch it for all the thrill that it promises in the second half. It is also an honest adaptation of its original Malayalam version.

Production
The sequel to Drishyam was announced after the success of Drishyam 2 (2021), the sequel to the original 2013 Malayalam film Drishyam (2013), which released in February 2021. It was decided that Abhishek Pathak will direct the film. The film is produced by Panorama Studios, and distributed by Yash Raj Films.

Principal photography of the remake commenced on February 17, 2022 in Mumbai, and was extensively shot in Goa with Ajay Devgn and Shriya Saran. Tabu joined the sets on  April 26;  and later on Akshaye Khanna joined the sets on April 30 . The film was wrapped up on June 21;  2022 in Hyderabad.

Budget : Drishyam 2 movie is made with a budget of Rs 50 crore and it is a high-budget movie.The budget of the film was spent up to Rs 25 crore in production cost and the cost of printing and advertising of the film has been around Rs 25 crore.

Box office collection
The film had its best collections on November 20 as it went on to Rs 27.17 crore. This would take its weekend collections to a total of Rs 64.14 crore.