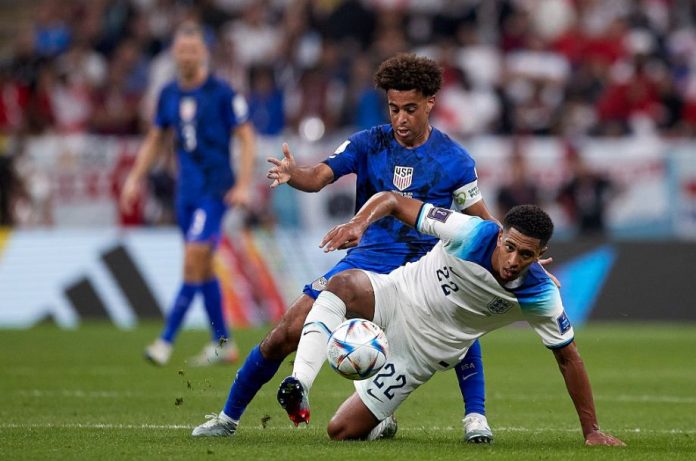 Two important events happened in Qatar at the FIFA World Cup on November 25. In one, Qatar, the hosts, made their exit, losing to Senegal 1-3 and in the other USA held to a goalless draw a powerful England team. In other matches of the day Iran beat Wales 2-0 and Netherlands and Ecuador played out a 1-1 draw.

Senegal beat Qatar
A dominant 3-1 victory for Senegal in the Group A match against hosts Qatar keeps their round of 16 qualification hopes alive. However, the result put Qatar on the brink of elimination, waiting for a defeat of the Netherlands in the second Group A the same today. That did not happen, and Qatar bowed out.

England vs USA goalless
USA put in a spirited performance to hold England to a goalless draw in a Group B match at the Al Bayt Stadium. USA out-ran England in the middle of the field as the Three Lions struggled to deal with the high-intensity pressing of their opponents.

Both teams had plenty of openings, with Christian Pulisic hitting the crossbar in the 32nd minute. Harry Kane had a few glances at the goal but failed to find the back of the net. England will go through to the next round if they avoid defeat against neighbours Wales in their final group game.

Iran Beat  Wales
Iran made the most of their one-man advantage, scoring two injury-time goals to beat Wales 2-0 to stay alive in Group B. Late into the second-half, Wales goalkeeper Wayne Hennessey was sent off for a foul outside the penalty box, giving Iran a man’s advantage in the dying minutes.

The first half remained a drab affair, with neither of the two teams managing to create big chances. Earlier, Gareth Bale made history for Wales as he started the game against Iran, making his 110th appearance for the country.

Qatar bow out
A dominant 3-1 victory for Senegal in the Group A match against hosts Qatar keeps their round of 16 qualification hopes alive. However, the result eliminated hosts Qatar.

Netherlands, Ecuador draw
Ecuador’s ‘Superman’ captain Enner Valencia led a feisty fight-back as the South Americans drew 1-1 with the Netherlands in Group A to keep both teams in pole position for reaching the last 16 while ending Qatar’s chances of qualifying. Valencia, 33, tapped in his third goal of the tournament from a rebound in the second half after Cody Gakpo had put the Dutch ahead in the sixth minute with a sizzling shot in a result that advanced both sides to four points.