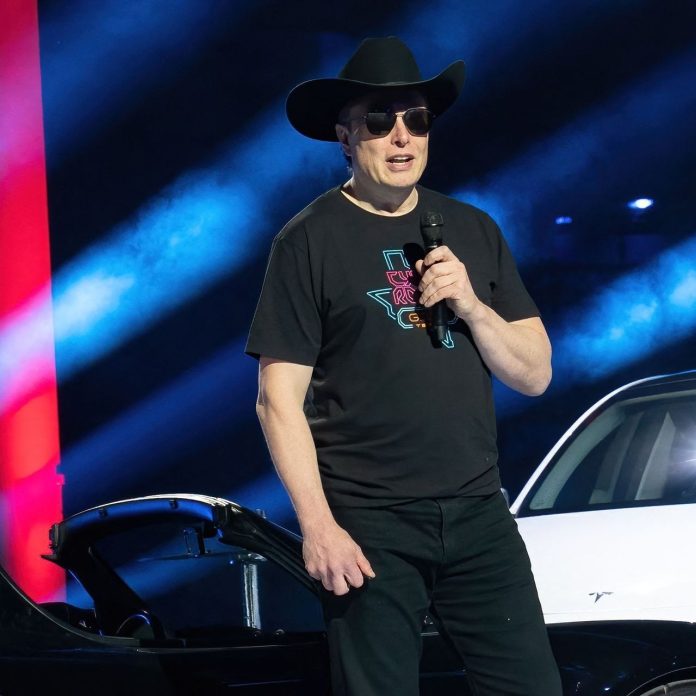 When Twitter agreed to be bought over by billionaire Elon Musk, its board was not even sure that Musk would be specifically interested in the social media attributes of the platform. Knowing Musk, he always has other ideas up his sleeve. Top US media houses, such as the International New York Times, have already started shouting from rooftops, clamouring that Twitter would become a “scary place” after this, that workplace racial slurs will become commonplace now. It is as if humanity will suffer one last hiccup and die if the basic structure of Twitter is tinkered with.

Quite some time back, one top entrepreneur had told a very interesting story. The businessman had made a ton of money the traditional way, and was not too interested in the EV market, or in Elon Musk’s company Tesla. This was till his son joined Tesla. One day his son comes to him and asks him why he is not investing in Tesla. The businessman was adamant that he was not interested in investing in a car company, especially an EV company. He admitted that he was not aware of the business statistics of the EV market and that he would not want to invest in something he did not understand.

That was till his son explained to him that Tesla was less of a car company and more of a data company. Every time one Tesla is driven out – or drives out, if it is on auto drive mode – the car collects and relays data to the company. It collects data on the route taken, on the choices of the user/owner and on a thousand other parameters. Such data not only goes into Musk’s other products – such as the Gigafactory, or even SpaceX – but also yields other business benefits. The businessman did not have to be convinced further. His initial investment in Tesla has now paid rich dividends.

That is the extent of Musk’s thoughts. Hence when current CEO Parag Agrawal says that he has “no idea which direction Twitter will go in”, he seems to be speaking the truth.

The first time Twitter staff came ‘face to face’ with Musk was in January 2020, when a large number of Twitter employees gathered in Houston for a corporate summit called #OneTeam. That was when Twitter founder Jack Dorsey, who was CEO at the time, told all that he had invited a surprise guest. As a smiling Musk appeared remotely, on giant screens, the crowd cheered, clapped and said: “We love you.”

That love seems to have disappeared. Inside the offices of Twitter now there is massive tension as to what Musk wants to do and why he is taking Twitter private. He may be the richest man on the planet, but even he will not have cash lying around to fund part of the $44 billion buyout. He has already sold Tesla shares to possibly fund this acquisition, but now more stories are tumbling out.

Stock sales begin
That process has already started. Media reports say that just days after agreeing to buy Twitter Musk sold roughly $8.5bn (£6.8bn) worth of shares in the electric car maker. This is to help Musk finance his mega purchase. This sale was expected, and the Tesla stock had fallen sharply amid this speculation. Then, later in the week, Musk tweeted that he had no plans to sell any more of his shares in the electric carmaker.

According to filings with the US Securities and Exchange Commission, Musk sold a total of 9.6 million Tesla shares. That still leaves Musk with more than 15% of the company. This was the first time Musk sold shares in Tesla, since offloading $16.4bn worth of stock in November and December last year.

Musk has said that he would commit $21bn of his assets to help finance the $44bn deal to buy Twitter. Even at this point Musk is the world’s richest person, with an estimated net worth of almost $250bn, mostly due to his Tesla stake.

He also has a more than 40% stake in the rocket company SpaceX, which is estimated to be worth $100bn.

The twist
However, here comes the twist. Recently, Musk has said that he has paused the purchase of the massive social media platform, alleging that Twitter has more than the 5% fake accounts that twitter had earlier said it has. According to Musk, this means there will be less number of accounts onboard to monetise.

The truth in this can only be adjudged through a massive audit and it is not even sure that this can actually be done. Now allegations have surfaced that Musk might be wanting to rig the Twitter share price downwards with this claim – Twitter shares have already fallen and when he does make his move, he will, therefore have to shell out less money than already planned.

This is not impossible, but highly improbable. The Securities and Exchange Commission will not take kindly to such moves in a deal that had gone a long way. It will nw be up to Musk to prove that the number of fake accounts are actually more. How does he do that?

Free speech
Let us return to the original line of thought, though. So Musk wants to change Twitter desperately and wants to change it back to its supposed “free speech” days. To make his point he has even joked that he will buy Coca Cola next and put the cocaine right back into Coke. Coca Cola actually did have a small percentage of cocaine in each bottle during its formative days, stopped when law said so. Surely this is not Musk’s prime intent, but a wild remark to make his point on Twitter.

Remember one thing for sure. Musk has huge business interests in China and Russia. If Twitter can return to China, that would be great. Also, there is a possibility that Twitter could become basically a data company. It still is, but with a large number of roadblocks being set up by the Twitter staff, adhering to several government structures, this possibility has dwindled.

However, how can Musk promote his “free speech” agenda in China? Chinese laws will not allow that. Hence, there is another twist in the tale. Musk will do something that he may not be allowed to do by stakeholders in a public company. But Musk cannot do anything that the law of the land does not allow. Hence he seems to be straitjacketed both ways.

We should wait and watch, but in the meantime, remain wary that Twitter’s composition and flavour might change completely.

Confusion
As of now, there is a lot of confusion over what Musk intends to do with Twitter.

The employees are reportedly frustrated that they had heard little from management about what the sale means for them, so they asked CEO Agrawal, then asked Musk himself in questions sent on Twitter and some even went to Charles Schwab, the financial firm that manages their stock options.

They were none the richer for that, except that Agrawal and Twitter’s chair, Bret Taylor, came back to them and clarified that compensation would remain largely the same under Musk, though there will certainly be changes in Twitter’s policies and culture.

Agarwal’s comment was typical corporatese. Said he: “We constantly evolve our policies. Once the deal closes, we don’t know what direction this company will go in.”

The West is eager to know whether former President Donald Trump would be allowed back into the Twitter fold. Why this is so earthshakingly important is not clear, though.

Some employees said that they are worried that Musk would “undo the years of work they have put into cleaning up the toxic corners of the platform, upend their stock compensation in the process of taking the company private, and disrupt Twitter’s culture with his unpredictable management style and abrupt proclamations,” as per a report. But people forget that Twitter is not a country. It is a social media platform within the jurisdictions of many countries. To that extent, Musk may have a plan that could be way different that what is being discussed. He is not paying $54.20 per share, a good premium, for nothing.

The only sticking point is that founder Dorsey will have to part with only $ 1billion. That is the value of the limited number of stocks her owns. Agarwal gets $ 40 million, but he sticks around too.

Watch the tweets from now.