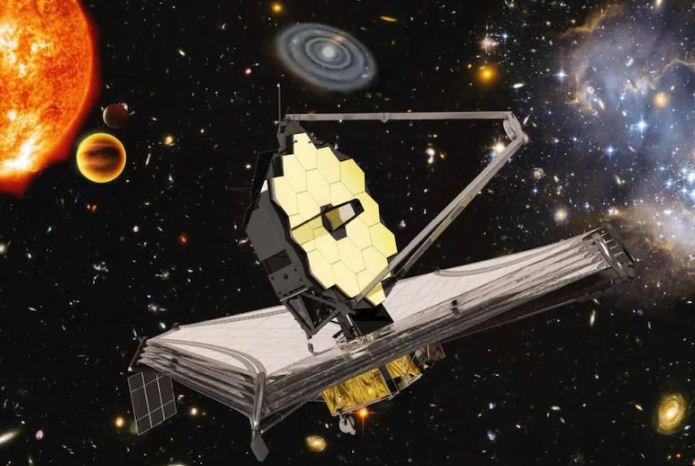 The James Webb Space Telescope (JWST) is providing more and more incredible data to the world’s astrophysicists. Having already presented pictures of early star formations, death, and a patch of sky packing thousands of ancient galaxies, the JWST has now discovered the oldest galaxy in the universe.

Webb has spotted galaxy candidates that existed when the universe was just 300 million years old, an infant stage in cosmic terms. A team of researchers has analysed data from the Grism Lens-Amplified Survey from Space (GLASS), which is part of the early scientific work by the Webb telescope, and spotted two candidates to be the oldest galaxies in the universe GLASS-z11 and GLASS-z13.

The light from GLASS-z13 has taken about 13.4 billion years to hit the mirrors of the spacecraft, which is located nearly 15,00,000 km from Earth.

GNz11 remains the only galaxy to have been confirmed to exist in the first few hundred million years after the Big Bang, the moment when our universe came to life.

The 11 and 13 signify the redshifts of the galaxy, which is a measurement of how much the light from these galaxies has been stretched due to the expansion of the universe. The higher redshift indicates the galaxy is farther away from Earth. While the research is yet to be peer-reviewed, if confirmed it could be groundbreaking.

The decline in foreign exchange reserves during the week is mainly due to foreign currency assets that were down $6.5 billion, the data showed.

Reserves have fallen about $60 billion in 2022, which was mainly due to aggressive intervention by the central bank to curb the sharp volatility in the foreign exchange market. The rupee has come under pressure since the war broke out in Europe in late February. The Indian unit has depreciated around 7 per cent against the dollar in 2022.

Incident of fire reported onboard aircraft carrier INS Vikramaditya
India’s only aircraft carrier INS Vikramaditya caught fire during a planned sortie for conduct of sea trials off Karwar in Uttar Kannada district of Karnataka on Wednesday. Vikramaditya is based in Karwar. A naval spokesperson said, “The fire was brought under control by the ship’s crew using onboard systems. No casualties have been reported. A board of inquiry has been ordered to investigate the incident.”

He said that the warship is still off the coast and is yet to be brought into the harbour.

Sources in the Indian Navy said the warship was still in deep sea and will be brought to harbour on Thursday. The exact quantum of damage is yet to be known.Vikramaditya will be out of use for some months and will require repairs, said sources.