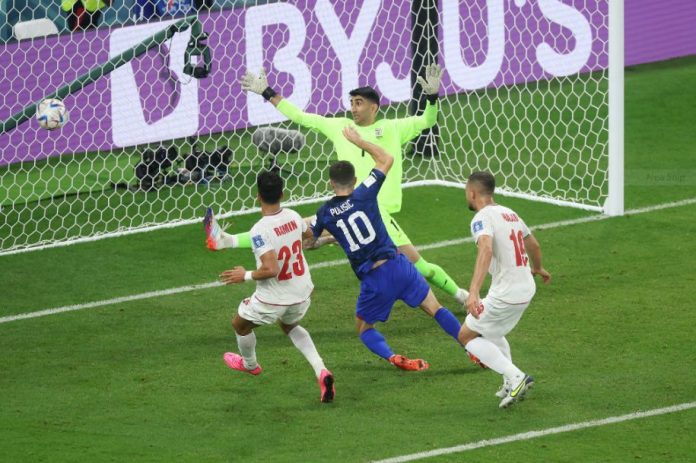 The big story at the FIFA World Cup 2022 in Qatar on November 29 was the moving into the round of 16 of Senegal, who beat South American team Ecuador 2-1. The Netherlands also moved into the round of 16, beating hosts Qatar (who are already out of the tournament) 2-0.

Also moving into the round of 16 were England, who beat Wales and USA, who beat Iran.

Netherlands, Senegal win
Netherlands and Senegal qualified for Round of 16 with 2-0 and 2-1 wins over Qatar and Ecuador, respectively. Just minutes into the second half, Frenkie de Jong scored Netherlands’ second goal to put the team 2-0 ahead vs Qatar.

Moises Caicedo equalised for Ecuador in the second half and just 3 minutes later, Kalidou Koulibaly made it 2-1 for Senegal.

England  beat Wales
Marcus Rashford scored twice while Phil Foden bagged a solitary goal as England defeated Wales to qualify for Round of 16 as the Group B winners. Christian Pulisic’s first-half strike was enough for USA to hand Iran a 1-0 defeat and book their Round of 16 berth as the group runners-up.

USA beat Iran
The United States beat Iran 1-0 to qualify for the round of 16, where they will play the Netherlands. Christian Pulisic scored the only goal of the game as the USMNT preserved their undefeated record against Iran.