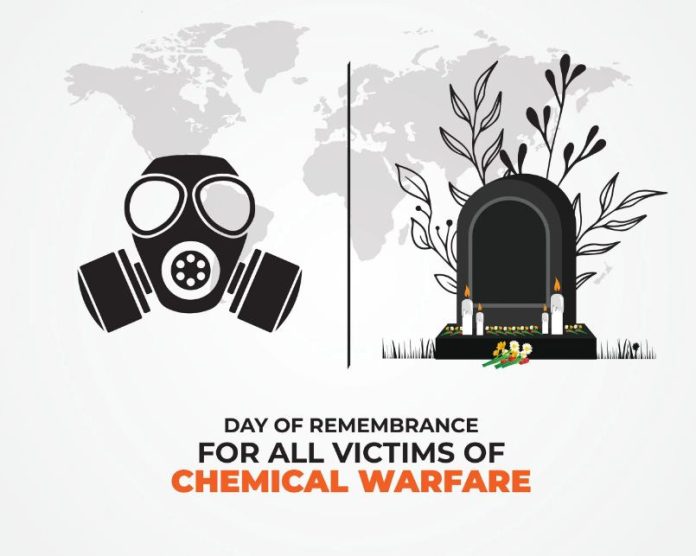 Day of Remembrance for all Victims of Chemical Warfare is commemorated on November 30 every year. This internationally marked day was adopted by the United Nations to remember the victims of chemical warfare. The day aims to encourage efforts for eliminating the use of chemical weapons and remember those who have suffered because of such warfare.

The first international agreement limiting the use of chemical weapons can be traced back to 1675. France and Germany had come to an agreement to prohibit the use of poison bullets. This agreement was signed in Strasbourg.

In 1874, the Brussels Convention on the Law and Customs of War was signed. It prohibited the employment of poison or poisoned weapons. However, the use of arms, projectiles or material to cause unnecessary suffering, though agreed upon, did not come into force.

The Hague Convention declared to ‘abstain from the use of projectiles, the sole object of which is the diffusion of asphyxiating or deleterious gasses’ in 1899. A second Hague Convention was agreed upon in 1907. It was to reiterate the earlier bans on employing poison or poisoned weapons.

The Chemical Weapons Convention was adopted in 1993. It came into force on April 29, 1997. In 2005, the United Nations proclaimed November 30 as the Day of Remembrance for all Victims of Chemical Warfare.

A Valley of Flowers and peace