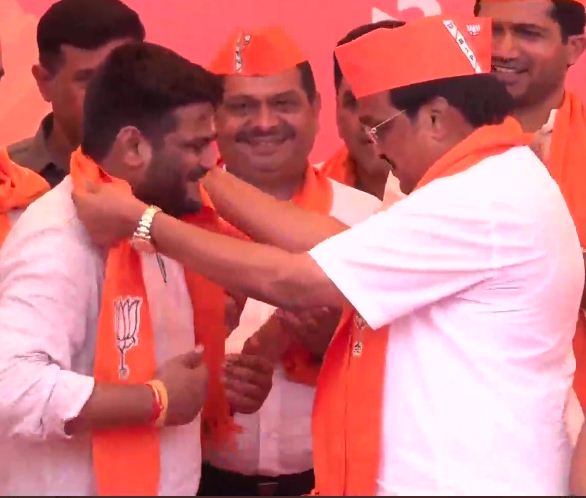 The 28-year-old Patidar leader, who had quit the Congress on May 18, was today (June 2) inducted into the BJP at an event in the presence of Gujarat BJP chief  CR Patil.

Patel said: “Today I’m starting a new chapter. I will work as a small soldier. We will do an event every 10 days in which the people including MLAs who are unhappy with Congress will be asked to join (BJP)… PM Modi is the pride of the entire world.”

In the 2017 Assembly polls, he was said to have played a key role in helping the Congress win 77 seats and restrict the BJP to 99 in the 182-member house. Since then, however, the Congress has lost 14 lawmakers to the BJP due to defections and defeats in by polls. The Congress now has 63 legislators in the Gujarat Assembly.

Patel joined the Congress In March 2019, in the run-up to the Lok Sabha election, and was immediately made its working president for Gujarat.