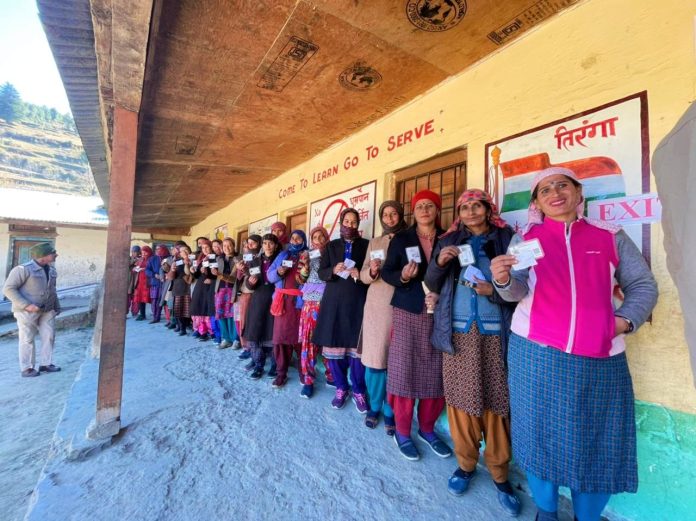 Himachal Pradesh registered an approximate polling percentage of 75.6% on November 12, according to the Election Commission of India (ECI).
While 74.6% votes were registered through Electronic Voting Machines, 1% were recorded through postal ballots taking the overall turnout to 75.6% with nearly 2% of the postal ballots are yet to be received.