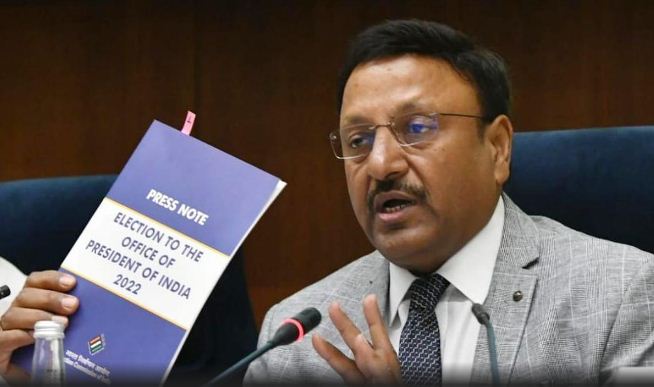 The Secretary-General of Rajya Sabha will be the Returning Officer, Chief Election Commissioner Rajiv Kumar said.

The notification for the election will be issued on June 15, while the last date for nominations is June 29. The applications will be scrutinised on July 2.

This time, a total of 4,809 lawmakers, including 776 parliamentarians and 4,033 legislators will cast their votes.

The term of President Ram Nath Kovind ends on July 24.