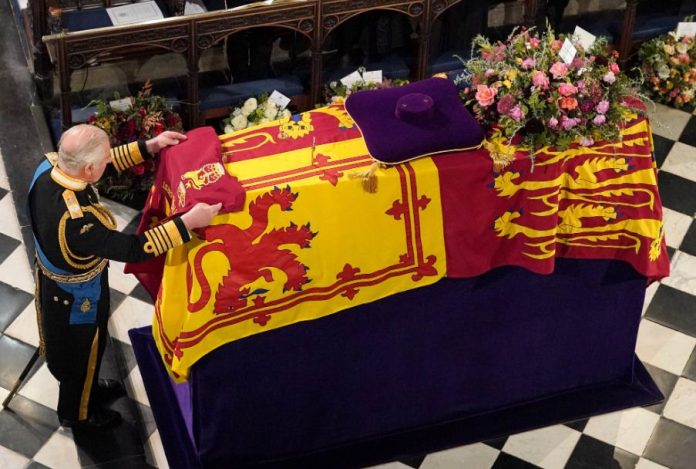 Britain’s longest-serving monarch Queen Elizabeth II was laid to rest with her husband Philip and parents in an intimate ceremony in London’s Windsor on September 19. The evening interment service was not open to the media, and King Charles III, Queen Consort Camilla, Prince William and Kate, Prince Harry and Meghan, and other royals were able to bid a final farewell to the late monarch in private after being in the public spotlight for 10 days of national mourning.

With world leaders and dignitaries flying from across the globe, and an estimated crowd of over 2 million people, Queen Elizabeth II’s funeral was, in all likelihood, be the highest-attended event in the history of the United Kingdom.

The queen’s coffin travelled in procession from Westminster Abbey to Wellington Arch. The King and senior royals walked behind the coffin within the Windsor castle.

The official funeral will take place at Westminster Abbey and according to Buckingham palace officials, The Royal Hospital Chelsea which is a residence for retired soldiers in West London will host a gathering of heads of state and foreign royals before they leave for Westminster Abbey.

Queen Elizabeth II died on September 8 at Balmoral Castle, her summer home in the Scottish highlands.