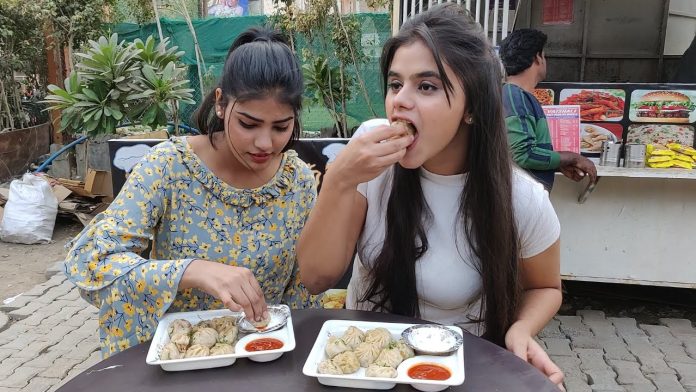 Momos comprise the most ubiquitous food category in India today, though it is not exactly Indian in origin. Today, it is available almost in every part of this sub-continent, and is possibly one of the most enjoyable fast food category dishes you can have. Momos in India are available in the vegetarian category, as well as in the non-vegetarian category and is further sub divided into steamed (which is the original) and pan fried (an Indian adaptation).

Let us take you through a brief history of this delicacy and teach you how to make them at home.

The word momo comes from the Tibetan word ‘Mog Mog,’ which literally means a filled bun. In turn, the word Momos is a corrupted Chinese version of the Tibetan term. The dish is said to have spread to various parts of Asia via travelling Chinese and Newari merchants.

In Tibet, momos are prepared with yak meat, tomato, garlic, ginger, dried chilli and oil-based filling. Both steamed and fried versions of the dish are enjoyed along with a chilli paste. The utensil used for cooking moms was called Mucktoo.

It is largely assumed that, after the Chinese attacked the region in 1959, following the exodus of Tibetans from Tibet. The exiled Tibetans then settled in various parts of India, including Dharamshala, Sikkim, Ladakh, Darjeeling, Kolkata and Delhi.

In Arunachal Pradesh, the Monpa and Sherdukpen tribes that belong to the western districts of Tawang as well as Kemang do, however, have momos in their cuisines. Here the dish is stuffed with minced pork, mustard leaves, and green vegetables.

It is a myth that momo is a staple dish for people in the north-east. In fact, people from the north-east like the Khasis, Nagas, Arunachalis, Manipuris, Mizos and Tripuris have little to do with the momo. Perhaps, it is only among Arunachal Pradesh’s Monpa and Sherdukpen tribes, who live in the West Kameng and Tawang districts and share a border with Tibet, where momos are a part of the diet.

Their version is usually stuffed with minced pork and mustard leaves or other green vegetables and served with chilli paste.

Eventually, the momo-fever gripped the entire nation, and now it is savored not only by college students but also by people of all ages and regions. Today, it’s seen more as fast food which can be whipped up in a jiffy than an exotic Tibetan dish. In other words, momos are for everyone! India has adopted it like its very own. Besides Tibetans, the dish is said to have spread to various parts of Asia via travelling Chinese and Newari (a region in Nepal) merchants as well.

The momo, which entered China through Tibet, and then spread through the Silk Route to other parts of the sub-continent, has similar cousins in South-east and Central Asia. China has the Baozi, Jiaozi and the Mantou; Japan has Gyozo; the Mongolians have the Buuz; the Koreans and the Turkish have the Mandu.

For the dumpling dough