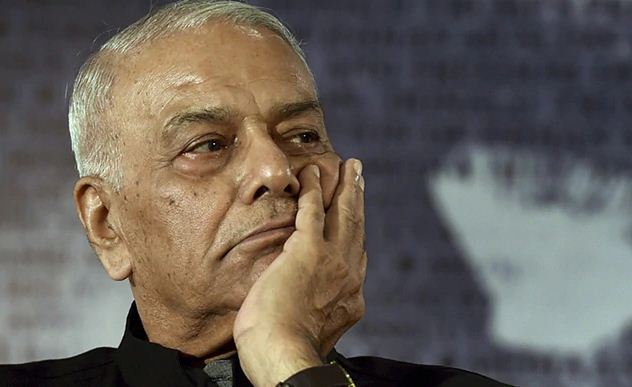 Finally, the Opposition has a found a joint Presidential candidate. Yashwant Sinha, former BJP cabinet minister and now an ardent critic of the party is the man. Having resigned from all party posts of the Trinamool Congress (TMC) – he was vice-president of the party – which were hurdles in the way of being a neutral candidate as other opposition parties had demanded, he appealed to all parties and the parties agreed.

The opposition may have heaved a sigh of relief, after their three initial choice of candidates – Sharad Pawar, Farooq Abdullah and former Bengal governor Gopal Krishna Gandhi refused to be candidates.

Announcing his resignation from the party post, Sinha tweeted: “I am grateful to Mamata ji for the honour and prestige she bestowed on me in the TMC. Now a time has come when for a larger national cause I must step aside from the party to work for greater Opposition unity. I am sure she approves of the step.”