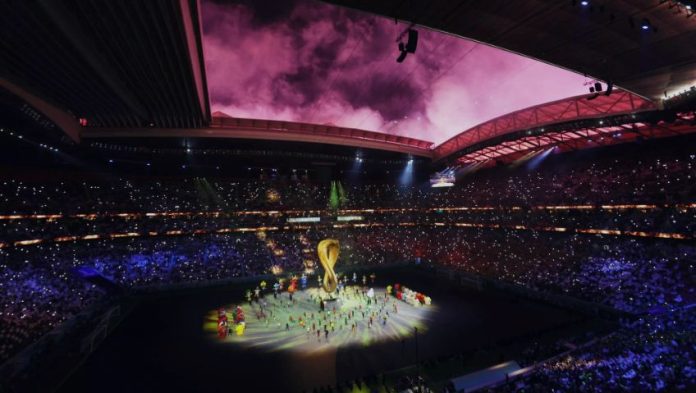 The opening ceremony began on a somber tone with a monologue of American actor Morgan Freeman who donned the role of narrator at the opening ceremony. The dancing events began with artists from various countries performing at the Al Bayt Stadium in Al Khor.

The 30-minute opening ceremony amazed the thousands in attendance and billions watching around the globe. Narrated by Academy Award-winning actor Morgan Freeman and featuring Jung Kook from Korean supergroup BTS, the ceremony showcased Qatari culture and heritage while highlighting football’s ability to unite people from different countries and cultures.

A host of special guests from Qatar took part in the ceremony, including Ghanim Al Muftah, Dana and Fahad Al Kubaisi – and they were joined by hundreds of performers and tournament volunteers. The ceremony featured eight distinct parts, culminating with giant jerseys from all 32 participating nations, every mascot in FIFA World Cup history, including the Qatar 2022 version La’eeb, and a huge inflatable emblem.

Conceived as a joyous and contemporary one-of-a-kind spectacle with an important unifying message, the ceremony was produced by Executive Artistic Director, Ahmed Al Baker, CEO of Katara Studios, with support from Creative Director, Marco Balich, and Artistic Director, Anghela Alo.