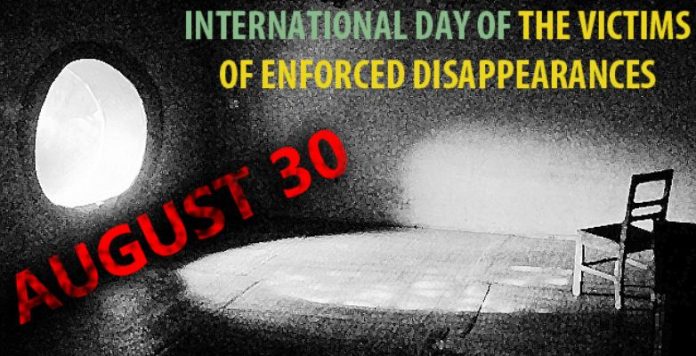 International Day of the Victims of Enforced Disappearances is marked annually on August 30 to commemorate and pay respect to those who have undergone forced disappearances. If someone is kidnapped and their whereabouts are unknown, it is regarded as a forced disappearance. It is a heinous crime against humanity, and the victims, their families, and entire communities suffer significantly as a result.

Enforced disappearance is a widespread and continuous violation of human rights that occurs every day until the whereabouts of the missing person are determined. And as a result, the agony of the relatives of the disappeared continues to be unending. In addition to the emotional and psychological distress brought on by not knowing whether the missing person is still alive or whether their loved one will ever return, these disappearances can put the affected family in a terrible financial situation.

The United Nations General Assembly (UNGA) expressed its concern about the rise in enforced or involuntary disappearances in various parts of the world by passing resolution 65/209 on December 21, 2010. In the same resolution, the UNGA adopted the International Convention for the Protection of All Persons from Enforced Disappearance. And, all members voted unanimously to designate August 30 as the International Day of the Victims of Enforced Disappearances. The day was first observed in the year 2011.