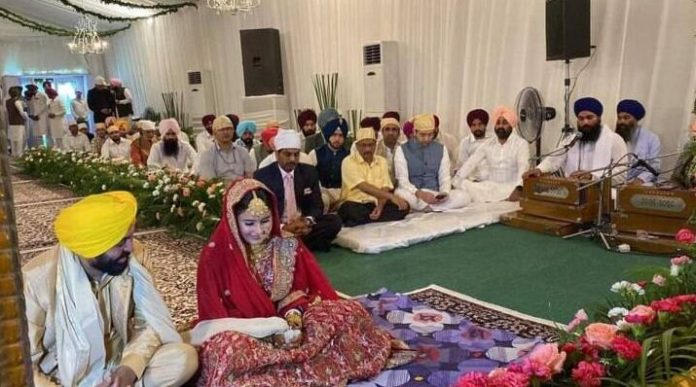 The wedding ceremony of Punjab Chief Minister Bhagwant Mann with Gurpreet Kaur, a doctor, is underway at his residence in Chandigarh on Thursday(July 7). Delhi CM Arvind Kejriwal arrived at Mann’s residence for the Anand Karaj was scheduled to take place. Speaking to reporters before heading to Chandigarh, Kejriwal wished Mann a happy married life as he “embarks on a new journey”.

The wedding proceedings of Punjab CM Bhagwant Mann with Dr Gurpreet Kaur begin in a close private ceremony at his house in Chandigarh.

This is Mann’s second marriage. An MBBS degree holder a physician by profession who hails from Haryana’s Kurukshetra. It is believed to be an arranged marriage, with Mann’s mother Harpal Kaur acquainted with Kaur’s family.