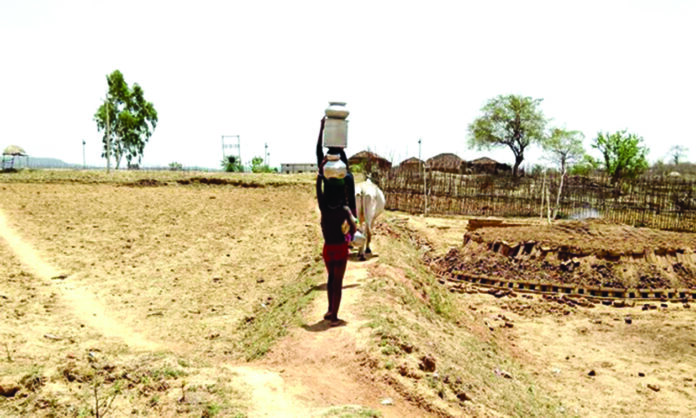 Uttar Pradesh is involved in promoting a large number of projects of various sizes, to help alleviate human suffering. One may say that these have been undertaken with a view to the assembly elections next year, but the launch dates of many of these projects have been early, so they were generally development driven. Under the leadership of Chief Minister Yogi Adityanath, these projects have been expedited and there is ample help from Prime Minister Narendra Modi in this regard.

A very in-the-eye project is one that intends to provide piped water to 648 villages of Bundelkhand – the Bundelkhand region is shared by UP and Madhya Pradesh) by December. It is a very ambitious project of the Yogi government and was earlier projected to be completed by December 2022. However, the government has incorporated the exigencies of the elections and has directed the construction agency speed up work in the Jhansi district (also in the Bundelkhand region). Bringing ahead a major project deadline by a year is not an easy task. But the project, under the Har Ghar Nal Ka Jal scheme is a priority one, and work is now on in full swing.

How will this mammoth task be achieved? To start with, the several segments of the work have been judiciously allocated to proper and experienced construction companies. There will be a water treatment plant, overhead tanks and intake systems. There will be need for laying pipelines, to transport the filtered water, there will be need for pumping stations and, of course, the attendant electricity requirement. For this, several departments of the government are working hand in hand to make the CM’s dream come true.

The scheme covers ten village clusters, all in the Jhansi district. The villages include Gulara, Bacheli, Tilaitha, Budhpura, Imlouta, Barthari, Teharka, Kurechha, Purva and Barwar. Some will receive water from rivers, via the filtration plant, others will get water from Matateela, Parichha, Lahchura, Saprar and Pahadi dams, the Barwar lake and the Betwa river.

Life had been hard in these areas. This is basically barren, rocky terrain, and despite the area’s immense historic importance, the topography of the region does not allow for agriculture to any respectable extent. It lies between the Indo-Gangetic Plain to the north and the Vindhya Range to the south. That it was historically forested is evident in patches, but old, weather-beaten mountains (now hills, none exceeding 600 m) allow little ground water to be drawn out. Whatever water the sparse rains provide, drain, ultimately, into the Yamuna.

The drought in this region has been raging from way back in 2007, and governments have rarely ever tried to provide water by other means to those living here. It has remained a backwater for development. Hence, bringing water to this region is essential, but also rather difficult.

The most that previous governments have provided are hand pumps, all being shallow, so run dry in summers. Drinking water has remained scarce and there is great dependence on water tankers sent by the district administration.

Within this ecosphere, supply of piped, filtered drinking water, is a dream come true for the villagers. The filtration process will also be able to bring under control several water-borne diseases that have wreaked havoc among the people here. Availability of water will lead to generation of time (earlier waster in bringing water back home) that will, in turn, lead to generation of further income. The state government has already completed about 80% work of water treatment plants in various districts of Bundelkhand, including Jhansi and Mahoba. This will be the biggest showcase of the success of PM Modi’s Har Ghar Nal Ka Jal Yojana.

There are 467 piped drinking water schemes under construction, as part of 32 projects of the government, under the Jal Jeevan Mission. Of these 43 schemes are surface water-based and 424 are ground water-based. The target is to provide water connections to 1,195,265 households, that will benefit 7,268,705 people in 3,823 villages. Completion of this ambitious project will be a major boost to the Yogi government, but more importantly, this will be a live-saver for thousands who have been neglected for decades on end.