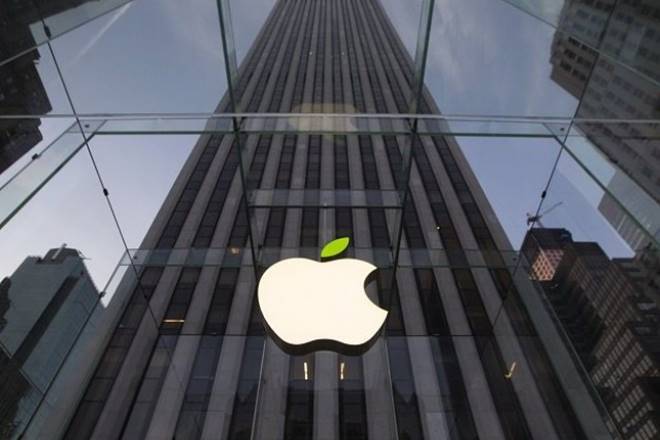 On January 4, 2022, Apple became the first US public company to touch $3 trillion market capitalisation. That is a simple statement of fact, but it needs to be looked into as a watershed event. For instance, this valuation is more than the entire GDP of India (as per World Bank data).

For Apple, this is not new. In August 2018, Apple became the first American company ever (and, to put it straight, not just in the US) to hit a market cap of $1 trillion. This achievement took 42 years for the company. However, somehow, the trend had been set. Other tech companies followed with that $1 trillion tag, but Apple breached the next trillion hurdle (reaching a $2 trillion mark) in just 16 months and 15 days. And now, the third trillion.

The market cap has come down from that since, having reached that target briefly in intraday trading, but it is just a matter of time really, when this becomes another norm.

What a way to ring in the New Year for Apple stakeholders. Briefly, during the day, the Apple stock hit the price mark of 182.86. That was what pushed the Apple market cap to $3 trillion.

The thing is that, during the depressed Covid times, the huge gainers have been the tech stocks. One would have expected massive gain for pharma stocks, but that level of gain has not been seen. These stocks, what are called mega caps, have seen huge gains, Amazon being some sort of an exception. Analysts have found that Apple is up 38% basically since the start of 2021, while Microsoft is looking at gains of 50%. Google Alphabet is way up at 66%, Elon Musk’s Tesla, 67%; Nvidia, 129%. It is an almost obscene market concentration.

So what does that mean? This is being called a ‘watershed event’. The Cupertino-based company is now the toast of the world, and analysts say:  “…the company continues to prove the doubters wrong with the renaissance of growth story playing out in Cupertino.”

So how big is this valuation (of $3 trillion)? Let us put this in context. At that point during intraday trading, the company was worth more than Walmart, Disney, Netflix, Nike, Exxon Mobil, Coca-Cola, Comcast, Morgan Stanley, McDonald’s, AT&T, Goldman Sachs, Boeing, IBM and Ford combined. That is what The New York Times calculated.

How does Forbes see it? It says that Apple’s value is greater than the $2.76 trillion GDP of the United Kingdom but still short of the $3.85 trillion GDP of Germany, according to World Bank data. India’s GDP at this point is around $ 2.66 trillion.

Think about it. More money has been put into Apple stock than the entire GDP of India.

In comparison, just three other stocks– Alphabet, Amazon and Tesla have valuations above $1 trillion, according to Barron’s.

The even bigger story
There is a school of thought that says that the path to $4 trillion seems easier now, pretty reachable. It is just a matter of time.

What analysts believe is that Apple stocks are still conservatively valued. There is a case of stocks being undervalued today and that the company’s broad-based momentum makes a good case for further growth. That sort of sets the stage for a potential $4 trillion market capitalization this year itself.

In arriving at this humongous projection, analysts have considered what they call the free cash flow situation (FCF) of companies. They say that while Microsoft (NASDAQ:MSFT) trades at 42 times its free cash flow, Apple, meanwhile, trades at only 31 times its FCF. Calculations say that Apple’s stock price would have to rise 35% for its FCF valuation multiple to match Microsoft’s. In short, this is how the $4 trillion valuation can be reached.

How big is big?
How do you get your head around $3 trillion? When you consider the GDP of a country, hundreds, even thousands of factors come into play and we all realize that we are dealing with very complex situations to reach a possible average.

However, when it is about a company, we realize that the stakeholders have put their faith in the products and the goodwill of the company to carry with it such a humongous load of expectations.

Let us go back to the NYT comparison. At one point (when it touched $3 trillion) the company was worth more than Walmart, Disney, Netflix, Nike, Exxon Mobil, Coca-Cola, Comcast, Morgan Stanley, McDonald’s, AT&T, Goldman Sachs, Boeing, IBM and Ford combined.

Now think of the number of products that Apple has on the market and the total number of products that all those massive companies have on the market. Also consider the several years and decades of experience and goodwill of those companies and then that of Apple. Get your mind around the company (Apple) for sure, but also try to wrap your head around why people (read: stakeholders) believe this is one company that can solve all its dreams. There cannot be any sane explanation for this, but this is how the stock market behaves.

What a way to ring in the New Year for Apple stakeholders. Briefly, during the day, the Apple stock hit the price mark of 182.86. That was what pushed the Apple market cap to $3 trillion.

10 times the size of the Tatas
Here is a comparison, to get an idea of how huge Apple is. As of September 2021, the market capitalization of the entire Tata group crossed $300 billion. This was through the soaring share values of 27 of the group’s 28 listed companies during the year, according to stock exchange data. The Tata group, India’s largest conglomerate, added a market value of $84.75 billion since the beginning of the year. Apple, therefore, is 10 times as large.