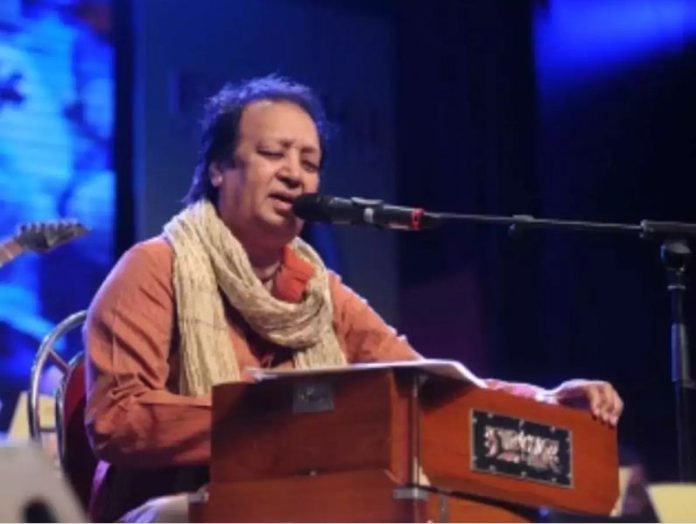 The country has lost another singing legend. In the last few years, Indi has lost many great voices. Now it was the turn of veteran singer Bhupinder Singh. For Bhupinder, it was not all about just fame. His voice was so special, very discerning listeners and aficionados were his fans.

Known best for songs such as ‘Do Deewane Shaher Mein’ and ‘Hoke Majboor Mujhe Usne Bulaya Hoga’, Bhupinder died on July 18. He was 82. Bhupinder is survived by his wife Mitali and son Nihal Singh who is also a musician.

Bhupinder had been admitted to a Mumbai hospital for nine days before he died in the evening due to a heart attack, according to his wife Mitali Singh. Mitali said Bhupinder died due to a suspected colon cancer and COVID-19-related complications.

Said Mitali: “He was admitted to the hospital eight to ten days ago as he had some infection in the urine. After tests were performed, he tested positive for COVID-19. He passed away at around 7.45 pm due to suspected colon cancer and had COVID-19.” Mitali is also a well-known singer.

The couple has a son. In his five-decade long career, the singer, born in Amritsar, Punjab, had worked with the biggest names of the music industry such as Mohammed Rafi, R D Burman, Lata Mangeshkar, Asha Bhosle and Bappi Lahiri, among others.

In his day job, he worked at the All India Radio, Delhi, as a singer and musician. He was spotted by composer Madan Mohan during an All India Radio party and was called to Mumbai.

His Bollywood singing debut was with the 1964 Chetan Anand directorial “Haqeeqat”, where he sang the Mohan-composed track “Hoke Majboor Mujhe Usne Bulaya Hoga” along with greats such as Mohammed Rafi, Talat Mahmood and Manna Dey.

Maharashtra Chief Minister Eknath Shinde also expressed grief over the death of the noted singer and said his voice was revered by millions of music lovers. Shinde, in his condolence message, said, “With the demise of Bhupinder Singh, we have lost an artist whose voice was revered by audiences. His voice made several ghazals immortal and unforgettable. His songs will continue to resonate in the minds of the audiences,” the CM said.

A selection from Bhupinder’s discography

1.   Hothon Pe Aisi Baat
This upbeat Sachin Dev Burman song features two musical legends in the form of Lata Mangeshkar and Bhupinder Singh. Their enchanting voices blended flawlessly to produce a sensational, rousing track. One of the most popular numbers of its time, this song has carved a special place in people’s hearts.

2.   Dil Dhoondta Hai
‘Dil Dhoondta Hai’ was composed by Madan Mohan and written by Gulzar. The soulful song from 1975’s ‘Mausam’, brings out the sad, almost mournful side of Bhupinder Singh’s voice.

3.   Thodi Si Zameen Thoda Aasman
This romantic ballad, sung to perfection by Lata Mangeshkar and Bhupinder Singh, was filmed by Mithun Chakraborty and Zarina Wahab. The music was composed by RD Burman, and the lyrics were written by Gulzar.

4.   Karoge Yaad Toh
This famous song from the 1984 film ‘Bazaar’ was crooned by the late singer and garnered him a lot of applause. The song was composed by Mohammed Zahur Khayyam and the lyrics were penned by Bashar Nawaz.

6.   Naam Goom Jayega
This iconic track needs no introduction. The duet by Lata Mangeshkar and Bhupinder Singh from Kinara is one of RD Burman’s greatest creations with lyrics by Gulzar.

7.   Beeti Na Bitai Raina
The song from Parichay is another Lata Mangeshkar and Bhupinder Singh duet that has withstood the test of time. Interestingly, this too is a Gulzar-RD Burman collaboration.

8.   Ek Akela is Shaher Mein
Ek Akela Is Shaher Mein sums up the trials and triumphs of finding oneself as life takes unexpected turns. Bhupinder Singh’s emotive rendition is what keeps the 1977 song a fan favourite across generations