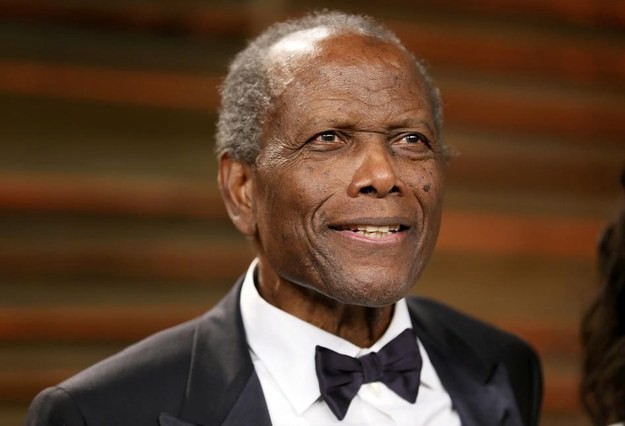 Sir Sidney Poitier, the first man of colour in the US to get the immense respect of the Academy Award, a person who broke through ages of disparity and torture on Black people, died at the age of 94 at his home in Los Angeles, early in the second week of this year.

The star was a groundbreaking actor and an inspiration for all Black people, not just Black actors. He won his Oscar for best lead performance and was also the first to be a top box-office draw. His death was confirmed by Fred Mitchell, the Bahamian minister of foreign affairs. His cause of death is not yet known.

Poitier won the Oscar for Best Actor for his role in Lilies of the Field, making him the first Black man to do so; at the time,an unthinkable feat. He had said maybe his win would break barriers for others, especially Black actors. He had been quoted in the media as saying: “I like to think it will help someone. But I don’t believe my Oscar will be a sort of magic wand that will wipe away the restrictions on job opportunities for Negro actors.”

Those were the times in America the 1950s and 1960s when racial discrimination was at its peak and tensions were rife. Poitier chose projects that tackled bigotry and stereotypes, a way to show his sense of duty in helping his folk overcome the oppression in society. This was amplified by his success, as was evident in the 1967 classics Guess Who’s Coming to Dinner and In the Heat of the Night.

He was knighted by the Queen in 1974 and awarded a Bafta fellowship in 2016, but could not attend the ceremony because of ill health.

His career started, expectedly, with theater. That was in the 1940s, before his breakthrough film role in the 1950 release No Way Out. Over a five-decade career in films, he worked both as an actor and director. His last appearance on screen was in the 1997 film Jackal.

Sir Sidney’s roles are mostly called legendary. He starred as Mark Thackeray in To Sir with Love, and Detective Virgil Tibbs in In the Heat of the Night in 1967. He also starred in Guess Who’s Coming to Dinner, also released in the same year.

He was born to Bahamian farmers in 1927 and grew up on Cat Island where his parents had gone to deliver tomatoes from their farm. He spent his early years on the remote island, which had a population of 1,500 and no electricity, and he quit school at 12 ½ to help support the family.

The youngest of seven children, he was born in Miami when his family was visiting there. He eventually moved back to Miami and later to New York, where he made his Broadway debut in a production of the classical Greek play Lysistrata. This (his birth in Miami) automatically entitled him to US citizenship.

He had four daughters with his first wife Juanita Hardy and two with his second wife, actress Joanna Shimkus who starred with him in his 1969 film The Lost Man. Daughter Sydney Tamaii Poitier appeared on such television series as Veronica Mars and Mr. Knight.

He had also been a tireless civil rights activist, finally being awarded the US Presidential Medal of Freedom in 2009 by President Barack Obama. A dual citizen of the US and the Bahamas, he served from 1997-2007 as Bahamian Ambassador to Japan.

Poitier was awarded an honorary Oscar in 2002 for his “extraordinary performances” on the silver screen and his “dignity, style and intelligence” off of it.