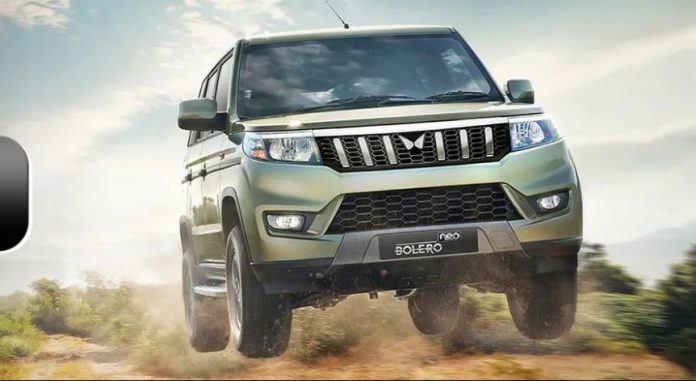 The Mahindra Bolero has been a much used, much celebrated workhorse of the company. It has always been mostly a hardcore performance vehicle, with little by way of fancy bells and whistles. That has been changed a bit by the company now and the new avatar is called the Mahindra Bolero Neo. This is the latest in the Bolero family.

The body is new, though under the hood there is still the same solid SUV performance.

The Bolero Neo has the third generation chassis shared with Scorpio. It comes with rear wheel drive and Multi Terrain Technology to give you performance you can rely on wherever your destination takes you.

The Mahindra Bolero Neo Plus is launch in India was August 2022. The Bolero Neo Plus  will essentially be the face-lifted TUV300 Plus. The TUV had received too many negative points for its somewhat ugly looks.

Unlike the pre-facelift model which has a 9-seater layout, the Neo Plus will be available in both 7 and 9-seater configurations. Mahindra has given it slight cosmetic changes over the standard model and is likely to equip the SUV with the 120PS 2.2-litre diesel mill carried over from the older model.

The erstwhile TUV300 line-up included a larger, four-metre plus SUV by the name of TUV300 Plus. Most of its variants would overlap the Bolero on the lower side and the Scorpio on the top, as it was sandwiched between the two strong sellers, thus making it a less popular choice for buyers. The TUV300 Plus, like the standard TUV300, was discontinued with the advent of BS6 norms in April 2020 and was later re-introduced as the Bolero Neo last year. The manufacturer seems to be gearing up to re-introduce the TUV300 Plus as the Bolero Neo Plus.

As far as the engine goes, the tried and tested 2.2-litre diesel engine is expected to continue on the Bolero Neo Plus. This is the same engine that powered the TUV300 Plus and also sees duty on the lower variants of the current-gen Scorpio. It churns out 120hp in normal mode and 94hp in Eco mode and will get a sole five-speed manual gearbox on all variants. Additionally, the SUV could come with engine-start stop feature as well. There will be no 4WD on offer.

After the Bolero Neo Plus, the company will roll out the Mahindra XUV400 electric SUV that’s slated to arrive in January 2023. It will be the brand’s first pure electric SUV that will come with a 39.5kWh battery pack delivering 148bhp and 310Nm. It’s claimed to do 0 to 100kmph in 8.6 seconds and offers a maximum speed of 150kmph. The XUV400 promises an electric range of 456km (MIDC) on a single charge.

Price
The estimated price of Mahindra Bolero Neo Plus is Rs. 10.00 Lakh.

What’s new in Mahindra Bolero Neo Plus
The possible changes are minor styling tweaks, similar to what was seen when its sub-four-meter TUV300 plus counterpart transitioned to the Bolero Neo. Expect a new-looking front end with a new grille, bumper, and headlamps, new alloy wheels, slightly modified side cladding and rear bumpers, and re-profiled tail lamps. On the inside, the equipment list might be similar to that of the Bolero Neo.

Five variants and two seating arrangements—either a seven-seater or a high-density nine passenger arrangement—will be offered by Mahindra for the Bolero Neo Plus. Additionally, an ambulance model with up to four seats and a patient bed will be available.

FEATURES
Engine
The upcoming Bolero Neo Plus will be powered by a 2.2-litre (2,184cc) diesel engine which generates 118bhp at 4,000rpm in the power mode, while it produces 94bhp at 3,600rpm in the economy mode. This engine is expected to be offered in both manual and automatic transmission options.

Exterior Design
Mahindra Bolero Neo plus is a sleek and luxurious SUV that comes with loads of features and specifications. Make sure to check out the latest specs and features before making your purchase decision! The design of the car is sleek and luxurious, making it a great option for luxury buyers.

In essence, the upcoming Mahindra Bolero Neo Plus will be a TUV300 Plus facelift. The Bolero Neo-inspired front grille, headlamps, and clamshell bonnet will all be present on the new model. Bolero Neo will appear more like an MPV than an SUV because of the spacious cabin and relatively small bonnet.

Interior styling
This upcoming SUV’s interior will be functional and simplistic. The dashboard and the overall interior design of the cabin will resemble that of the Bolero Neo, but we anticipate that the upholstery will differ. It will be much more practical than other SUVs in its price range because it will come in 7-seat and 9-seat options.