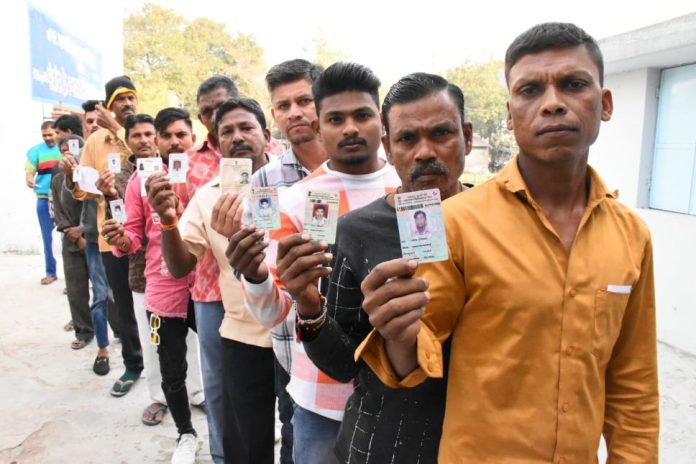 A moderate turnout of somewhat over 57% was recorded till 5pm in first phase polling of the Gujarat Assembly polls on December 1. The turnout was at 57.65 per cent, with voting having started at 8 am.

In all 788 candidates fought for the 89 seats up for grabs across 19 districts across 14,382 polling stations. This is as per the state Chief Electoral Officer said.

Meanwhile, the Opposition Congress submitted a complaint to the Election Commission stating that electronic voting machines (EVMs) are not working in at least 50 polling booths, which are mostly in the Saurashtra region of the state. “We have submitted a written complaint on the non-functioning of EVMs and a lot of time is being taken to replace them. We have submitted a list of places where the EVMs are not working. There are around 50 polling booths where this problem has arisen and many of them are in Saurashtra, which includes Jamnagar and Rajkot. These should be rectified quickly so that maximum polling can happen,” Alok Sharma, national spokesperson for the Congress said.