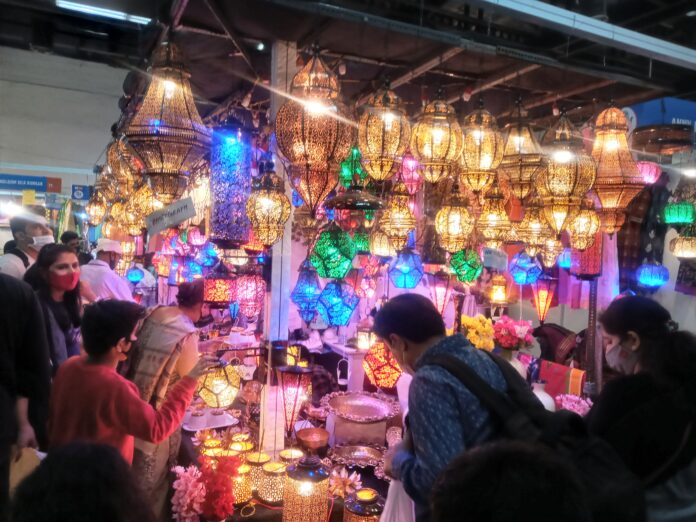 Four decades of the India International Trade Fair (inception 1980) has grown into a mammoth affair. It has evolved from a small collection of industries from India and abroad displaying special wares, into a massive affair of big industries, home products and the MSME sector combined in stalls across the vast expanse of Pragati Maidan in New Delhi.

Pragati Maidan has grown beyond its original footprint to several more impressive buildings that housed several industries, including one section for startups this section needed much more design and though to be put behind it and encompasses a large variety that can catch the attention of visitors.

And visitors were many for this premier event organized by the India Trade Promotion Organization, the nodal trade promotion agency of the Government of India. The event was held between November 14 and 27 this year (as it is every year) and the entire area of 70,000 sq m this was almost three times the size of the event held in 2019 (23,000 sqm) was full of eager visitors of all ages.

LC Goyal, the managing director of ITPO, has been quoted in the media as saying over than 3,000 exhibitors, state governments and central ministries participated in the fair. The foreign participation, however, was low this year with just nine countries taking part in the fair. The overseas participants are from Afghanistan, Bangladesh, Bahrain, Kyrgyzstan, Nepal, Sri Lanka, UAE, Tunisia and Turkey, compared to 20 in the previous years. This was more because of the current Covid situation than anything else.

Ticket sales were regulated to keep the maximum number of visitors at any given time inside the venue between 35,000

to 40,000. Tickets were available for sale online (BookMyShow) as well as at 65 Metro stations. No counters were being there at Pragati Maidan.Tickets were priced at Rs 150 when bought from BookMyShow.

Here are some of the special displays at the fair as clicked by VoN.