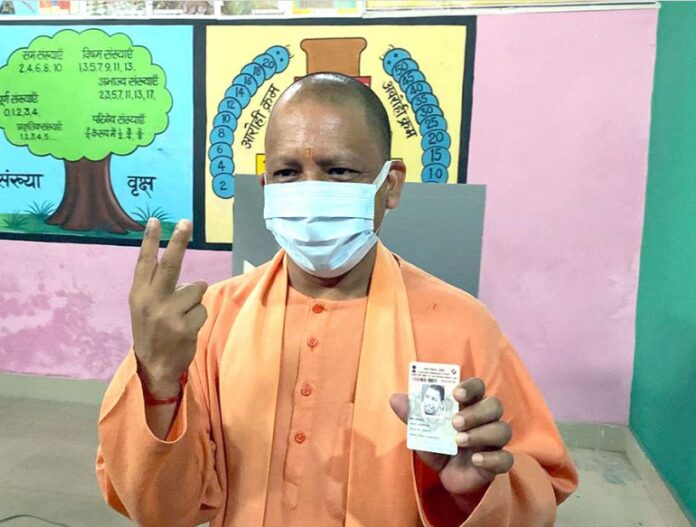 This phase is being held across 57 Assembly seats spread across 10 districts. With 676 candidates in the fray, all eyes are however fixed on the Gorakhpur Assembly seat as head of the Gorakhnath temple and incumbent Chief Minister Yogi Adityanath is contesting his first Assembly elections from Gorakhpur. CM Adityanath is contesting against Chandra Shekhar Azad, head of Bhim Army, and Azad Samaj Party.

Chandra Shekhar is focussing on Dalit atrocities in the BJP regime and is using his campaign to consolidate Dalits.

The BJP will hope the Bahujan Samaj Party remains a strong contestant. Only a strong BSP can ensure a triangular fight in an election that has so far been seen as a bipolar one between the BJP and the Samajwadi Party. A triangular fight can mean a split of the anti-BJP votes.