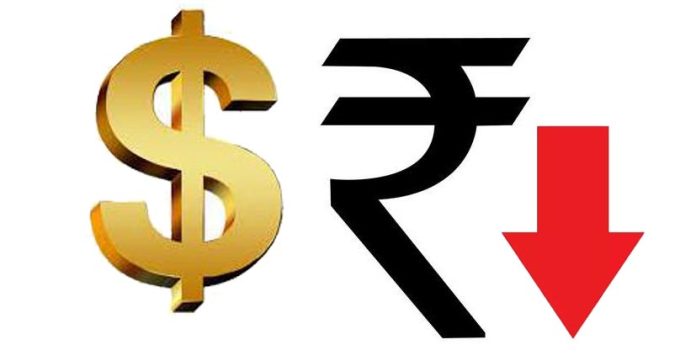 On Friday (July 14), the Indian Rupee ploughed a record low of 79.90 against the US Dollar. This broke the ‘record’ of Wednesday’s low of 79.66. The Rupee kept in losing value through four straight sessions. This happened not only because of the fall in the intrinsic value of the Rupee, but because of the relentless appreciation of the value of the US Dollar against other major currencies.

The fall in value of the Rupee resulted in foreign institutional investors (FII) continuing to dump Indian equities, putting further pressure on the Indian currency. On Thursday (July 14), the INR had closed at a record low of 79.62 against the Dollar.

The rise of the US Dollar was on the back of hotter-than-expected US inflation numbers hardened expectations for faster Federal Reserve policy tightening. The safe-haven appeal of the US dollar has also been boosted by growing fears of a recession.

The Reserve Bank of India (RBI) has been selling US dollars in the open markets out of its forex reserves, increasing the supply of USD in the markets to bring down its value, though enough sales were not seen to prevent the INR from ploughing even deeper depths.

Meanwhile, this sale by the RBI has also been depleting the nation’s forex reserves, which is a huge safety measure against fluctuation in international price of fuel. Forex reserves have depleted by Rs 1 trillion.