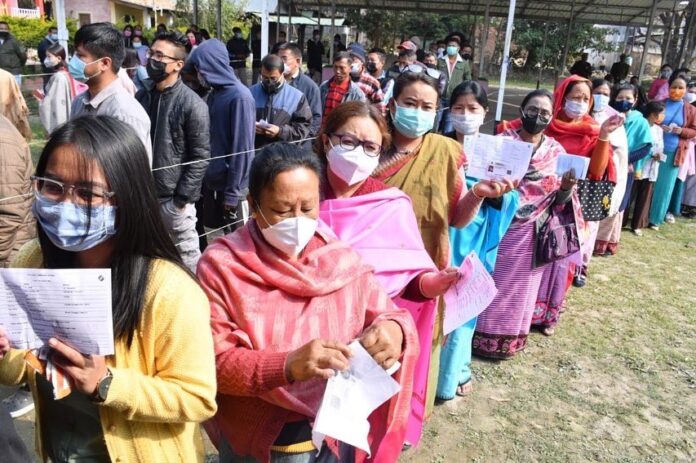 Manipur, going in to elect 38 legislators for its assembly, had seen 67.53 per cent voting till 3 pm.

According to ECI, As many as 173 candidates out of which 15 are women are in the fray with 12,09,439 voters expected to exercise their franchise.

BJP is fielding candidates in all the 38 seats while the Congress is contesting 35, the JD(U) 28 and the NPP 27.