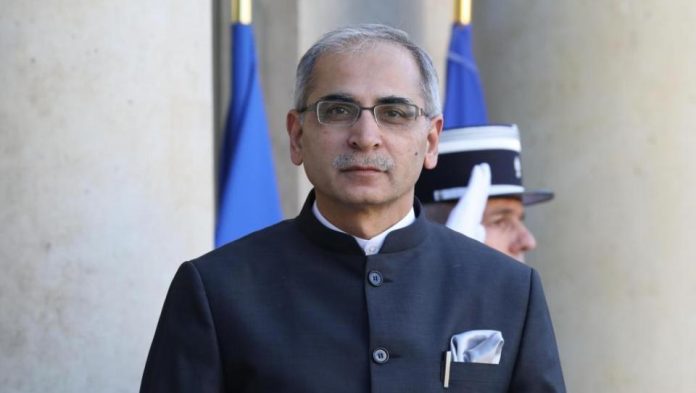 A 1988–batch officer, Kwatra earlier served as Ambassador to France (2017–2020), Deputy Chief of Mission in Beijing and was Minister (Commerce) at the Embassy in Washington. He has worked at the MEA headquarters on the policy planning desk, Joint Secretary (Americas) and represented India at the SAARC Secretariat in Nepal as head of the Trade Bureau, according to details available on the Embassy in Kathmandu’s website.

Dennis Sullivan has won the 2022 Abel prize, often called the Nobel of mathematics. The award is for his wide-ranging contribution to topology, a study of how surfaces deform. The New York’s Stony Brook University-based Sullivan has studied topology through his more than 50-year career, often by making connections between areas of mathematics that were historically considered distinct, such as adapting tools from algebraic geometry to calculate certain features of surfaces.

“Sometimes, areas get blocked in certain directions,” says Sullivan. “You notice that there are breakthroughs later, and then when that all settles down and you analyse it, then you see a very simple story can be written about the beginning, middle and end, if you start from exactly the right definitions and concepts.”

The prize was awarded by the Norwegian Academy of Sciences and Letters and is worth 7.5 million Norwegian kroner (£640,000).

Wilfried Brutsaert has been named the 2022 winner of the Stockholm Water Prize, a prestigious award for extraordinary water-related achievements. Brutsaert was selected for his groundbreaking work to quantify environmental evaporation, helping to make accurate predictions of the impact that climate change has on local rainfall patterns and water sources.

Brutsaert is one of the world’s leading authorities on terrestrial evaporation, a crucial aspect of the water cycle that is very difficult to measure or estimate, particularly at the local level. Brutsaert’s work has provided tools to overcome this difficulty that are particularly important to local communities needing to predict how much water is available today and how much will be available in the future.

Brutsaert is of Belgian origin and has lived in the U.S., working at Cornell University, for over 50 years. He is William L. Lewis Professor in Engineering Emeritus at the School of Civil and Environmental Engineering. Among his written work are the seminal Evaporation into the Atmosphere and the broader Hydrology

Orban, 58, has had a fraught relationship with the EU, which considers that Fidesz has undermined Hungary’s democratic institutions. In his 12 years in power, Orban has rewritten the constitution, filled the top courts with his appointees and changed the electoral system to his advantage.