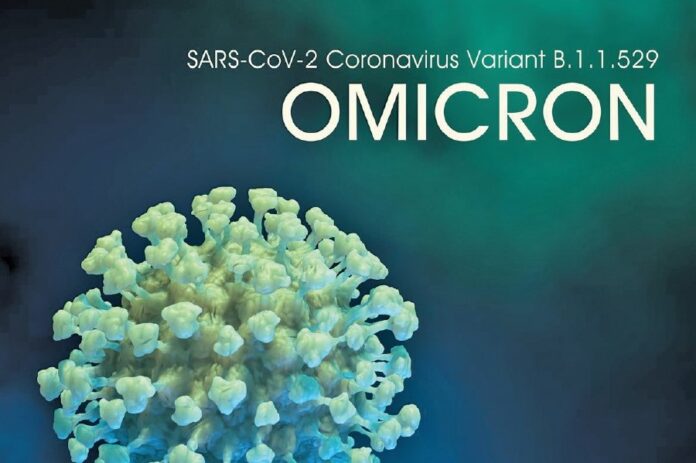 Finally Indian scientists and the government have decided that Covid vaccines can be administered to the 15-18 age groups and booster doses for healthcare staff and a certain section of the elderly population. From January 3, 2022, India will vaccinate children between 15-18 years, amid rising cases linked to the Omicron variant.

This is good news, even as the world grapples with the resurgence of the coronavirus in almost every country. The Indian government, this time around, is determined to not let the disaster wreaked by the second wave play out again.

The move was essential, now that the Omicron variant of virus pushed the global cases of Covid-19 to above 1.44 million for a day. The horrible days of the second wave play out again, even as the already lax regime of control needs major shakeups and people need to be educated, yet again.

Fear has gripped the world again, as lockdowns and curfews are coming back, even in India. The World Health Organisation (WHO) has warned that the Omicron coronavirus variant could lead to overwhelmed healthcare systems even though early studies suggest it leads to milder disease.

China and Germany have brought back tough restrictions to stamp out new infection surges. The Omicron variant has been reported in 89 countries, including India, and the number of cases is doubling in 1.5 to 3 days in areas with community transmission, the WHO said.

As India go into the new vaccination mode, official estimates say that there will be approximately 10 crore children in the 15-18 age group eligible for the Covid-19 vaccination. The announcement from Prime Minister Narendra Modi same came hours after the country’s drug regulator granted emergency use authorisation (EUA) to Covaxin for vaccinating children in the 12-18 age group.

The vaccines available for the children are Bharat Biotech’s double-dose Covaxin or Zydus Cadila’s three-dose ZyCoV-D. What do these children (in that age group) have to do? They have to register for COVID-19 vaccines on the CoWIN app from January 1. For ID they will be allowed to use their school ID cards. This was explained by Dr RS Sharma, chief executive officer of the National Health Authority.

An additional slot had been created on the online platform so students can use this to register through their school ID cards. This will allow them to register for the shots.

Parents have been, for long, demanding a solution for the children, a vulnerable group which had been completely left unvaccinated through the pandemic. This had happened because worldwide there had been ambiguity over whether the vaccines created in such a hurry would be suitable for children as well.

Then the world decided that children cannot be left out of the loop. When the WHO okayed it, countries moved in for vaccination of children as well. India was left behind, but now is catching up. In the UK seven younger children are being vaccinated; India will think about that age group later.

The senior citizens
As per the announcement, people aged 60 years and above will be given a third dose from January 10. So far, this will be restricted to those who suffer from certain co-morbid conditions. The booster dose will also be available for frontline health workers.

The booster dose for senior citizens has certain conditions. These 60-plus people will have to have co-morbidities and those who have received two doses of COVID-19 vaccine. Also, they will have completed 39 weeks since the administration of the second Covid jab. All this will be carried out on the doctor’s advice.

As a matter of abundant precaution, for health care workers (HCW) and frontline workers (FLW) who have received two doses, another dose of COVID-19 vaccine would be provided from January 10. The prioritization and sequencing of this precaution dose would be based on the completion of 9 months i.e. 39 weeks from the date of administration of the 2nd dose.

The ministry has clarified: “Co-WIN system will send SMS to such beneficiaries for availing the precaution dose when the dose becomes due. Registration and appointment services can be accessed through both, the online and the onsite modes.”

Though the document did not clarify on the type of vaccine to be available as the third dose for the beneficiaries, officials said that it will be the same vaccine as that administered during the two previous doses.

Citizens eligible for the additional shot will have to get a certificate from a registered medical practitioner that can be scanned and uploaded on the CoWIN portal or produced at a vaccination center.

The critical gap
The gap between the primary and additional doses could be between nine and 12 months, government experts said, although the details are still being worked out.

India has at least 137.5 million persons above 60 years of age, official data show, who could be potentially eligible for an additional dose.

Persons with specified medical conditions included those who were immuno-compromised, on cancer treatment, undergoing or having undergone organ or tissue transplant surgery, afflicted with chronic kidney, liver, lung or cardiovascular disease, or those on immunosuppressant drugs, among others.

Though the document did not clarify on the type of vaccine to be available as the third dose for the beneficiaries, officials said that it will be the same vaccine as that administered during the two previous doses.

THE OMICRON ISSUE
Meanwhile, it has been reported that Omicron is spreading rapidly in countries with high levels of population immunity. However it is unclear if this (the spread) is due to the variant’s ability to evade immunity, its inherent increased transmissibility or combination of both.

There have been studies which have suggested that Omicron is milder than the previously dominant Delta variant, but fears remain that the sheer number of cases stemming from the highly infectious Omicron could overwhelm hospitals.

Studies say that Omicron (first detected in South Africa) is up to 70% less likely to need hospital care. But infections are surging across the United States, which recorded nearly half of the million cases (i.e. more than 440,000) across the world within a 24-hour period.

California has been the worst hit region in the US, recording 86,000 new Covid-19 cases in just a day. US infectious disease expert Amesh Adalja told the BBC that Omicron could “get round the protection afforded by vaccines” and “affect anybody at will”.

However, a professor at Harvard Medical School told the BBC that there was a possibility that Omicron was showing milder symptoms it was now affecting people mostly vaccinated, or even with booster doses.

Frankly speaking, neither doctors, nor scientists are sure of the nature of the new variant, as if they are clear about the original disease yet. Technically, 6-7 years are required by scientists to fully study a disease. Covid has been around for just over two years.

Meanwhile, an outbreak of Omicron exploded in Australia too, with record hospitalisations. New infections in Sydney and surrounding parts of New South Wales State skyrocketed to more than 11,000, up from 6,000 a day earlier.

Xian under complete lockdown
China has already locked down Xian over rise in Covid-19 cases. The 13 million people in the city have not been able to leave their homes for a week and are virtually dependent on deliveries of necessities 17,269 total Omicron Cases reported in Europe, while 10,866 cases found in the UK.

France reported a record high of 179,807 new confirmed coronavirus cases in one 24-hour period, one of the highest one-day tallies worldwide since the start of the pandemic. Britain reported 183,037 new coronavirus infections during the same period, up from 122,789 a new daily record.

The India scenario
Omicron is spreading fast pace in India too, raising fears of a third wave. During the same reportage period, India reported a total of nearly 800 Omicron cases, while COVID-19 infections rose by 9,195 new daily cases, a 44 percent spike from the previous day.

Delhi has reported the highest 238 Omicron cases so far, while Maharashtra, which witnessed a brutal second wave of COVID-19 earlier this year, registered 167 cases, according to government data.

Delhi has reported the highest 238 Omicron cases so far, while Maharashtra, which witnessed a brutal second wave of COVID-19 earlier this year, registered 167 cases, according to government data.

Delhi and Mumbai have banned large gatherings for Christmas and New Year and parties stand cancelled. Within this, though, West Bengal seems to be behaving like an ostrich, with Chief Minister Mamata Banerjee saying that she will take a decision on January 2, after the parties of December 31 are over and possibly a huge number of infections have been generated. At the time of goping to press, the state had not clamped down on celebrations.

The disease has been around for too long and fatigue seems to be setting in. There is no way, though, we can lower our guards to this.

Today is No Smoking Day