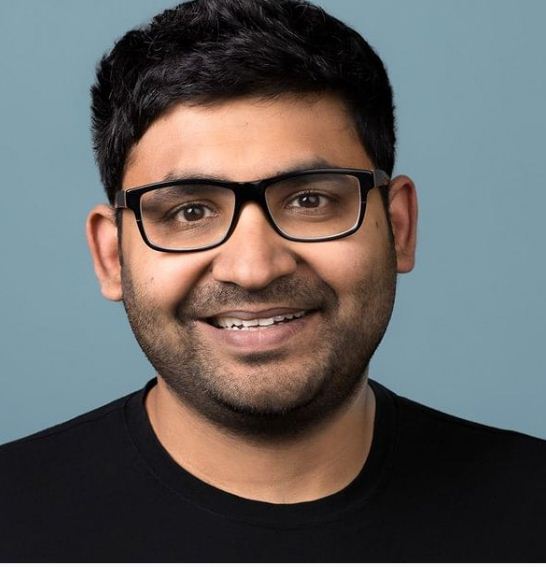 As Jack Dorsey, the founder of the mass social media messenger app Twitter resigned from his post as CEO, Indian origin techie Parag Agrawal, who has been with the company for around a decade, was promoted from his position as Chief Technical Officer to CEO. This creates a sort of history, with several international tech giants now being headed by Indian origin people.

Agrawal, who grew up in India, is an IIT Bombay graduate. He joined Twitter in 2011. After his graduation, he went on to complete his PhD in Computer Science at Stanford University.

Trump set to launch a TRUTH platform
Donald Trump back at it again, this time wants to get back at Twitter and other social media apps that have dared to show scant respect to the former US President. And, displaying another unique Trumpism, he has decided to launch his own social media network, called TRUTH Social. Trust Trump to unleash the truth. And that is not tongue-in-cheek, BTW.

“His platform will “stand up to the tyranny of big tech”

His bile comes from his own idea. Says he, his platform will “stand up to the tyranny of big tech”. He says opposition voices were being silenced, his own, likely. He does carry a grudge.

He was banned from Twitter and suspended from Facebook after his supporters stormed the US Capital. Then Twitter and Facebook even dared to delete some of his posts or labelling them as misleading. Of course, Trump had said in those that Covid was “less lethal” than the flu. And he had said: “We live in a world where the Taliban has a huge presence on Twitter, yet your favourite American President has been silenced.”

Now he will have his own voice heard, to whoever will care to listen.

Nick for Bolly as Priyanka goes for Hollywood
Even as Priyanka Chopra gets busy with acting stints in big Hollywood movies, her American singer-actor husband Nick Jonas seems to be going the Bollywood way. Nick, who recently was quoted as saying that Bollywood was a ‘phenomenal’ film industry, has seemingly spoken about the possibility of making his debut in a Hindi film.

Nick’s love for Bollywood, it seems, had started way before his marriage with Priyanka, if we are to believe him. He has said that his love affair with Bollywood only grew, as he became more familiar with the Indian industry in the last couple of years through Priyanka. He has talked about his many friends here and has also said that the work, too, is inspiring. Hmm. He has said that if the right project came his way, he would be willing to sign up. That is as open an invitation as it gets.

He also digs Bollywood music. He says he finds them amazing and listened to them quite a lot when he was in India and during their destination wedding in 2018. He said that it is the best kind of music to dance to and that they play them at their house parties.

I accept big time golf is over for me: Tiger Woods
The acrimonious divorce hadn’t ended it, his loss of sponsors did not, but a near-fatal car accident did. Tiger Woods has recently said that he will “never” play golf again, full-time, following the accident. This could be because of the multiple leg injuries that the accident left him with.

In an interview to Golf Digest, the 45-year-old looked ahead to his career in the sport and admitted that he has come to terms with the fact that he will never be the same player he once was. “I think something that is realistic is playing the tour one day, never full-time ever again. It’s an unfortunate reality, but it’s my reality. And I understand it, and I accept it.”

He had added: “I don’t have to compete and play against the best players in the world to have a great life… I can still participate in the game of golf. I can still, if my leg gets OK, I can still click off a tournament here or there.”

The gold superstar met with the accident on February 23 as he lost control of his vehicle in Los Angeles. According to the Los Angeles County Sheriff, “The first contact was with the center median, from there then crossed into the opposing lane of traffic, hit the curb, hit a tree, and there were several rollovers during that process.” It was surprising Woods lived. He wants it to stay that way.

Halle Berry will now be a producer too
Oscar winning superstar and Bond girl Halle Berry is venturing into production. She has said that she will produce and star in multiple films for Netflix and has signed a new agreement. This is her next step after her directorial debut, Bruised.

Bruised, with Berry as director, debuted on Netflix and quickly became the No. 1 movie of the week on the platform. It currently stands as No. 4. She has celebrated her success on Instagram with a video of herself dancing to H.E.R.’s “Automatic Woman” from the Bruised soundtrack.

“When you find out the night before that your film is #1 in the U.S. and #2 globally and you start drinking to celebrate this is bound to happen. #tipsy,” Berry wrote in the caption. On Twitter, the actress wrote “Grateful” about her new future at Netflix.

In Bruised, Berry, who also produced the movie, acted as Jackie Justice, a disgraced MMA fighter who finds redemption and the courage to face her demons when her son re-enters her life. She has told the media: “My directorial debut, Bruised, was a labour of love and I knew that Scott [Stuber] and Ted [Sarandos] would treat it with great care. The Netflix team has not only been collaborative and creative, but extremely passionate and a delight to work with. I am beyond grateful for the partnership and look forward to telling more stories together.”