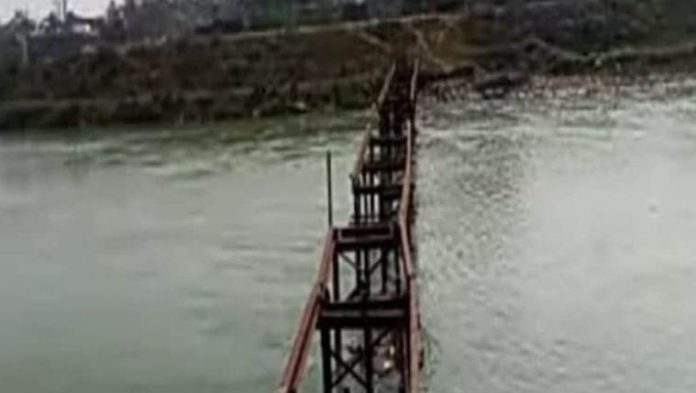 A gang of thieves pulled off an extraordinary heist by stealing a 60-feet bridge from Bihar’s Rohtas district by chipping off and dismantling the seldom used steel-framed structure.

Over the last five years, thieves had been slowly chipping off the 500-tonne bridge after an adjacent concrete bridge was functional and in use, reports said. But locals were stunned to see the 45-year-old bridge on the Ara-Sone canal disappear overnight suddenly.

Reports say that the accused posed as state irrigation department officials to start the heavy work of taking the bridge apart. Even local administration and residents, conned by the thieves, helped in the daylight robbery. It took around three days for the whole con.

Bulldozers and gas torches were used by the thieves to deconstruct the bridge, police said, adding an FIR has been lodged.

The bridge was very old and hence not in use, reports say. Locals had started using the concrete bridge instead of the steel one giving the thieves a significant leeway.