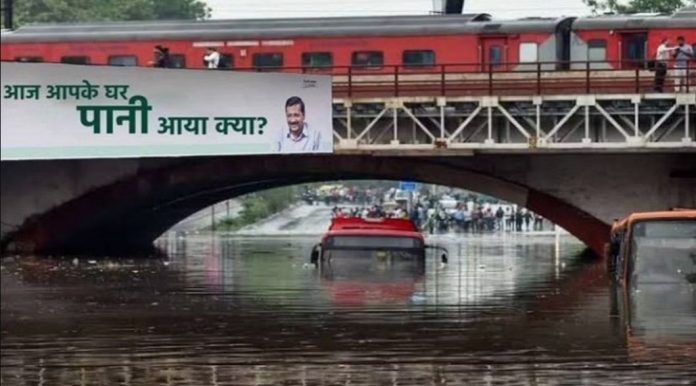 New Delhi is dry, till it rains. Then it is a web of raging rivers, engulfing every low lying area and even more. Just a smattering of rain, and all hell breaks loose. The water has nowhere to go, and stands firm on streets, over boulevards and in housing societies and offices. This has been the situation for decades and despite promises, noting has been done about it by respective governments or, for that matter, by the offices of the Lieutenant Governor.

Added to this were the incessant traffic jams, clogging of roads that need further planning, and loss of time energy and money.

In the face of vacuous promises, some had to do something. So the Delhi High Court came forward. This is not the job of the court, but the plight of the harried public was too much for the court to bear and recently, the court on its own motion (suo motu)

Recently, the court’s division bench of Justices Jasmeet Singh and Dinesh Kumar Sharma, reacted to an article in a newspaper of June 18, which described in detail the lack of rain water harvesting efforts in Delhi. According to the Court the article seems to be suggesting that monsoon rain water is not harvested properly within the city of Delhi. It basically goes to waste and much of it lands up on the streets. For a dry state and city like Delhi, this is criminal waste, because during the summer months, the city cries for water.

Traffic snarls
The Court also took note of the fact that due to the monsoon season and even otherwise – if there is rain and even without, when festival seasons happen – there are huge traffic snarls in Delhi which according to the court can easily be controlled and regulated instantly through rain water management as well as with the assistance of Google maps which shows traffic jams in various parts of Delhi.

The bench has now issued notice to several departments to present their points of view before the court on the next day of hearing, which is July 4.

The departments notified by the court are:
(i) The Union of India (UoI), or the central government, through the Ministry of Urban Development and the Ministry of Road Transport.

The Court directed the parties to file status report indicating:

(a) The steps taken by the agencies to store and harvest rainwater;

(b) The steps undertaken to address and ease traffic jams/snarls in Delhi during monsoons and other periods.

Maybe this time there will be some movement.