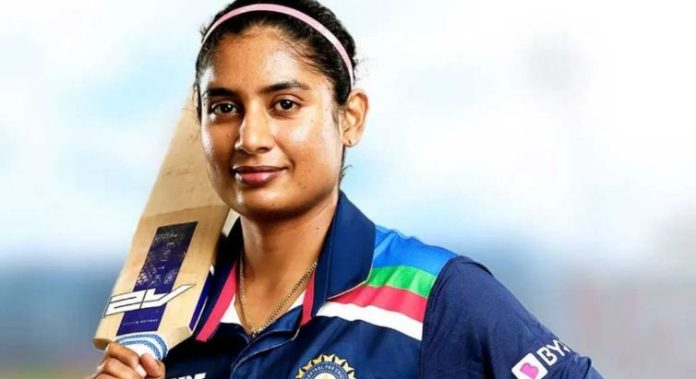 As ladies representing the country in the international arena go, they do not come bigger than Mithali Raj. For cricket lovers, male or female, Mithali had come to represent a larger than life character, a motivator par excellence and a beacon of hope of r every woman who wants to shine in this game.

The veteran and multiple awardee, who had been playing at the national and international level for 23 years, announced on June 8 that she was retiring from all forms of international cricket. It is a loss for Indian cricket.

Mithali started playing for India in 1999 as a 16-year old and grew to become one of the all-time greats of the game. She represented India in 12 Tests, 232 ODIs and 89 T20Is in all, 195 of them as captain. She also led the team to the finals of two World Cups.

She made her ODI debut with a hundred in 1999. She has retired as the highest run-scorer with a tally of 7,805 runs with seven hundreds and 64 fifties in all. The last of her fifties came in her final outing for India, against South Africa in the World Cup in March when India were knocked out.

In her debut ODI match she scored an unbeaten 114 against Ireland. The trend has continued and she has been the mainstay of the India squad for 23 long years. And that is a great achievement, considering that she has had to fight with a set of suspect knees from an injury she suffered in 2009. The injury aggravated over the years and got so bad at one stage that there was a question mark over her career.

Mithali, however, possesses a never-say-die attitude and now, at 39 she has played several matches, enduring the pain. Her determination is evident in her going through six 50-over World Cups, leading the country to two finals, in 2005 and 2017. In both cases she was the captain.

In women’s Tests, she is India’s only double centurion, with her 214 against England in 2002 also being the second-highest individual score in the game.

Mithali, a right-handed batswoman, will go down in history for her incredible run-scoring feats, including a record 7,805 runs to date in ODI matches, She has scored seven centuries and a record 64 fifties in her ODI career.

The formative years
Like most women cricketers, Mithali also grew up facing boys in the nets. When she slacked during a catching session, the cricket ball was replaced with a stone. If one of her hands turned blue, it was tied up behind her back and Mithali had to complete the catching drills with the other.

“With a stone, you naturally use soft hands to catch it. At that time, I was angry with the coach. But today when he is not around, I know that if I have played through pain, it was only because of him. I have had a recurring knee injury since 2005. My knees used to swell up like potatoes.”

The dream of winning a World Cup remains unfulfilled as Mithali walks away from the game. But being an icon for over two decades, inspiring a generation of women to take up the sport and helping increase the visibility of women’s cricket are invaluable contributions.

The T20I format also saw her embroiled in a controversy in the latter part of her career when she was excluded from the eleven during the 2018 T20 WC. This was followed by a war of words with Mithali going up against the then-coach Ramesh Powar and captain Harmanpreet Kaur. She called time on her T20I career in 2019, and is still India’s highest run-getter in the format.

Mithali has been widely recognised for her contributions to the game in India and has received several civilian awards including the Arjuna award, the Padma Shri and most recently the Rajiv Gandhi Khel Ratna award in 2021.

Mithali’s retirement didn’t come as a surprise. There were calls for her to step aside after India didn’t qualify for the semifinals of the World Cup earlier this year. She had made up her mind that the 2022 World Cup would be her last. “It’s been 21 years of international cricket and I know 2022 is my swansong, the World Cup,” she had said last year.

The final phase of her career was controversial due to the fallout with coach Ramesh Powar during the 2018 T20 World Cup in the West Indies. She was not picked in the Playing XI for the semifinal against England, a game India lost. Her last innings for India was a 68 off 84 balls with eight fours against South Africa at the 50-over World Cup.

Mithali Raj released a statement on social media, saying: “Thank you for all your love & support over the years! I look forward to my 2nd innings with your blessing and support. I set out as a little girl on the journey to wear the India blues as representing your country is the highest honour. The journey was full of highs and some lows. Each event taught me something unique and the last 23 years have been the most fulfilling, challenging and enjoyable years of my life.”

Another great voice fades away