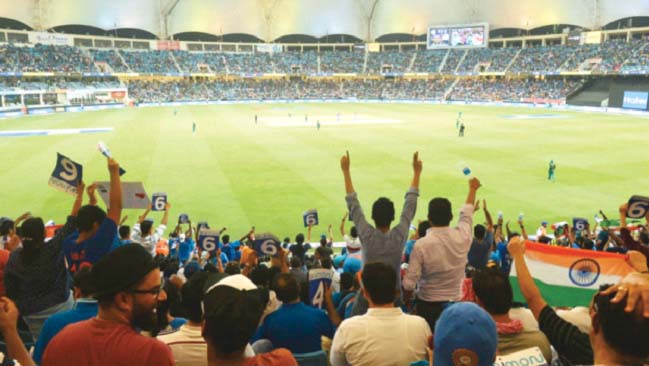 This T20 World Cup is a little special. India were to host it, till the Coronavirus pandemic pushed it out to the UAE and Oman. Then, even as India emerged as one of the favourites – as per the bookies, the other favourites being England, with the West Indians also wanting to be third-time winners – coach Ravi Shastri announced he has had enough of coaching and he wants out, after the Cup. That itself was a hard pill to swallow, till captain Virat Kohli announced he will quit T20 captaincy after the Cup.
All that had really spiced up things, till the BCCI named former skipper Mahendra Singh Dhoni as ‘Mentor’ of the team, a completely new job created by the board. This was possibly the brainwave of Jay Shah, secretary of the BCCI, as well as convener of the selection committee. Board President Sourav Ganguly had to nod in agreement. Of course, Shah made it clear that Dhoni’s appointment is only for this World Cup.
Whether Dhoni’s inclusion will add to tensions in the dressing room or resolve it, only time can tell, but the fact that Dhoni will have more than the role of a mere ‘mentor’ is sure. The championships start on October 17 and end on November 14. In the last T20 (men’s) World Cup final in India in 2016 the West Indies had beaten England.
There will be 12 teams in for the Super 12 round. There will be two Super groups with two qualifiers in each group from the eight-team qualifiers.
Group 1 of the Super 12 contains defending champions West Indies, Australia, South Africa and England. Two qualifiers will be added to this.
Group 2 has Pakistan, New Zealand, Afghanistan and India. Afghanistan’s entry was in severe doubt after the Taliban takeover of the country, but recently the Qatar foreign minister made a request to the Taliban to allow the cricketers to play, and even as we write this, the Afghan team is practising in Doha.
It is interesting to note that Sri Lanka and Bangladesh, two full Test playing nations, have also been relegated to the qualifying stage, on the basis of their recent records. Other teams in the qualifying stage are Ireland, the Netherlands, Namibia, Papua New Guinea, Oman and Scotland.
INDIA
The selection committee, headed by Chetan Sharma, made a few changes in the Indian team announced on September 20.
Changes in the squad are as follows:
India left out Yuzvendra Chahal (right-arm leg-spinner) and Shikhar Dhawan (batsman). Coming back after four years is Ravichandran Ashwin (right arm off-break).
The brand new face is of 30-year-old Varun Chakravarthy (leg-break googly bowler) from Tamil Nadu, a KKR player. This man, trained as an architect, seems to have started late, having starred in a Tamil sports movie before debuting against Sri Lanka in the second tier of the game in July this year.
This shows that the Indian team has given place to an extra spinner in the team, because UAE pitches would tend to help spinners.
THE FULL SQUAD
Virat Kohli (captain), Rohit Sharma (vice-captain), Kannaur Lokesh Rahul (or KL Rahul), Suryakumar Yadav, Rishabh Pant (wk), Ishan Kishan (reserve Wk), Hardik Pandya, Ravindra Jadeja, Rahul Chahar, Ravichandran Ashwin, Axar Patel, Varun Chakravarthy, Jasprit Bumrah, Bhuvneshwar Kumar, Mohammed Shami.
India’s overall record, despite recent failures, has been good, though India has never won any ICC trophy under Kohli. However, this being his last as skipper of the T20 team, there could be an extra adrenaline rush around. Or will there? They have played a lot of cricket recently in the UAE and know the pitches by heart. That is an advantage.
ENGLAND
England, the other favourites, will be in a bit of a spot on spinning tracks, but they might be able to make up this lacuna through their strong batting line-up. Their top batsmen, including Jason Roy, Jos Butler and Eoin Morgan, are strong on almost any wicket and the team will depend heavily on how they deliver. With the ball, England has to depend only on Adil Rashid as a specialist spinner. There is a possibility of adding Moeen Ali into the side to add depth.
Morgan will surely have some selection issues on hand, but Liam Livingstone, who recently hit England’s fastest-ever international century against Pakistan from just 42 deliveries, looks a sure shot in the first XI. The 2-1 series win over Pakistan makes Stuart Broad sure that England has a very good chance of lifting the trophy.
WEST INDIES
The country’s other forms in cricket maybe in the doldrums, but they have shown spunk and great mettle in the T20 format. Led by Kieron Pollard they show a strong battling line-up and a great set of all-rounders. The old magic of Chris Gayle is there, as is Andre Russell and Dwayne Bravo. On their day, they are an unbeatable bunch.
One criticism is their over-dependence on boundaries and their inability or dislike for singles. On slower UAE outfields, this attitude may be a problem.
AUSTRALIA
This is not the same Australia. Their form of late has been placid, and unimpressive. But they will be looking to settle scores with the West Indies in their group, having lost 1-4 the series to the Caribbeans side this summer. Interestingly, they might have put a bit more faith in Ashton Agar, a left-arm spinner, who also has the ability to bat at six and seven.
However, Australia are one of those teams that can never be taken for granted, whatever their current form.
AFGHANISTAN
The very fact that they have been placed in the main group, and not in the qualifiers, makes this team a special dark horse. T20 has been the team’s strength and a number of their players have been playing regular cricket in the UAE. It is a strong group, so whoever they beat, apart from the qualifiers, will be an upset. Actually the team has nothing to lose and everything to gain. That is a dangerous thing.