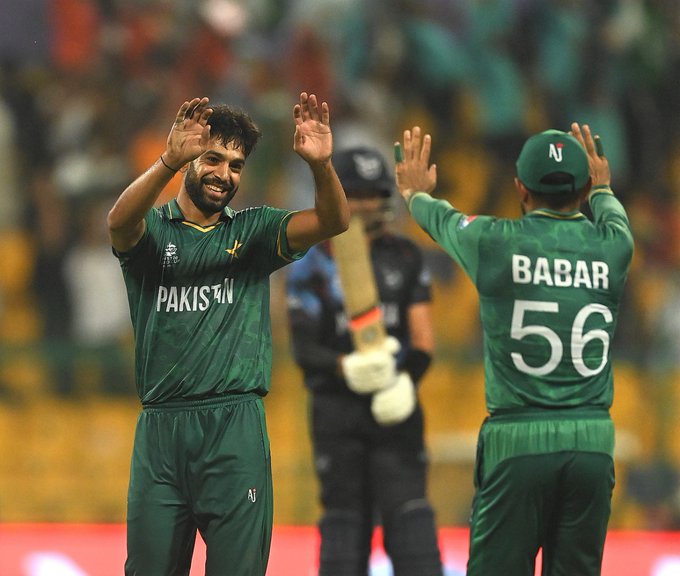 Pakistan became the second team in the semi-finals, after England made it to the last four, beating Sri Lanka. England had become only the third team to defend a total in the Super 12s stage, thanks to a 26-run victory against Sri Lanka in Sharjah.

So far two teams have reached the semi-finals.

On Tuesday Pakistan won the toss and elected to bat. They scored 189 for two in their 20 overs, with captain Babar Azam  scoring 70 in just 49 deliveries. Opener Mohammad Rizwan scored an unbeaten 79 in just 50 deliveries. The only decent bowling came from Namibia’s David Wiese, who took one wicket for 30 runs.

For Namibia a target of 190 was big. From the beginning both opening batsmen seemed under pressure. Stephan Baard scored 29, while David Wiese struggled to reach tghe team’s highest score of 43 for Namibia. He faced 31 deliveries and remained not out.

Namibia managed 144 for 5 in their 20 overs. Wickets were shared, but the best Pakistan bowler was Imad Wasim, who took one wicket for 13 runs.

Mohammad Rizwan was named Player of the Match.

Today India face Afghanistan for a distant chance for a semi-final berth.