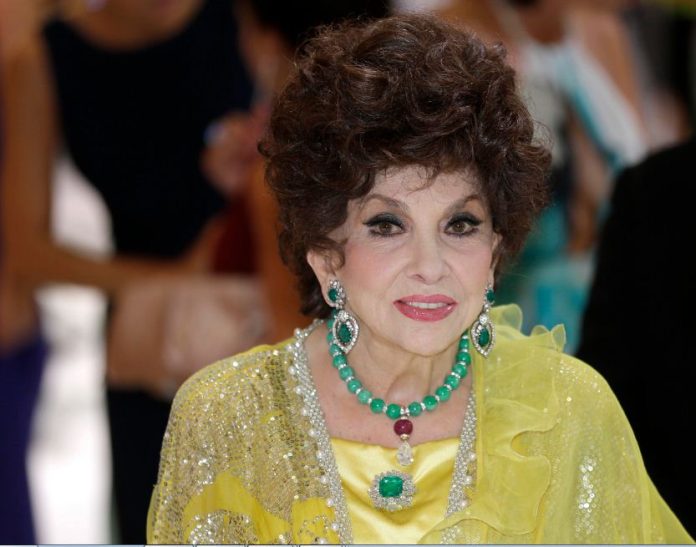 Gina, was often described as “the most beautiful woman in the world”. She acted in films such as Beat the Devil, the Hunchback of Notre Dame and Crossed Swords. She was a huge star of those days, having acted alongside the likes of Humphrey Bogart, Frank Sinatra, Rock Hudson and Errol Flynn.

Her career faded in the 1960s and she moved into photography and politics.

She was born in 1927 in Subiaco, in the mountains east of Rome, she was the daughter of a furniture maker. In her teenage years she did some modelling and entered beauty contests, and in 1947 came third in the Miss Italia pageant.

Lollobrigida and Škofič divorced in 1971 and she largely withdrew from acting and focused on photography. Her notable subjects included Henry Kissinger, Yuri Gagarin, Grace Kelly etc. She also secured an exclusive interview with the Cuban leader Fidel Castro.

In politics she was not successful. In 1999, she ran for European parliament and failed. She was representing former Italian prime minister Romano Prodi’s Democrats.