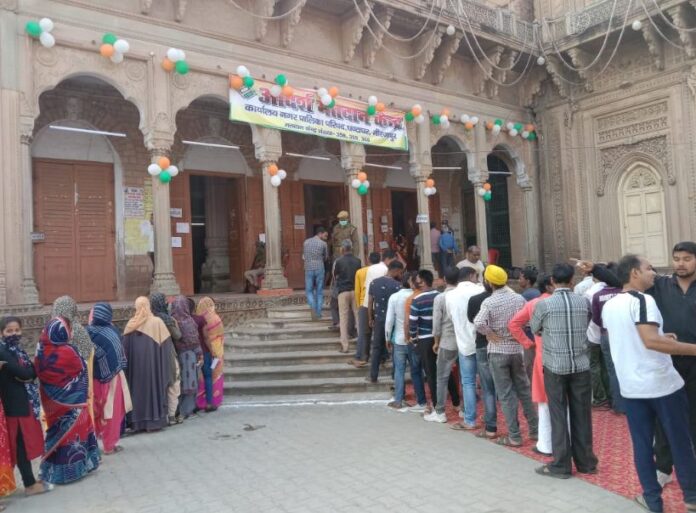 Voting for the seventh and final phase of the Uttar Pradesh Assembly elections, covering 54 seats, began today (March 7, Monday). According to the ECI, an average of 21.55 per cent voter turnout was recorded till 11 am.

Prime Minister Narendra Modi’s parliamentary constituency Varanasi – the BJP candidate here is Ravindra Jaiswal in the north – recorded 21.21%, but the highest was at Mau, which recorded 24.74% voting.

In this final phase as many as 2.06 crore eligible voters will decide the fate of 613 candidates contesting for 54 seats.

One of the most-watched candidates in this phase is former minister Om Prakash Rajbhar, who is contesting from the Zahoorabad seat. Rajbhar had won the seat in 2017 as a candidate of Suheldev Bharatiya Samaj Party, which was a BJP ally.

In 2017, BJP along with its allies Apna Dal and SBSP made their inroads by winning 29 seats, but this time SBSP has gone with Akhilesh. In the last election, BSP got six seats and Samajwadi Party got 11 seats.