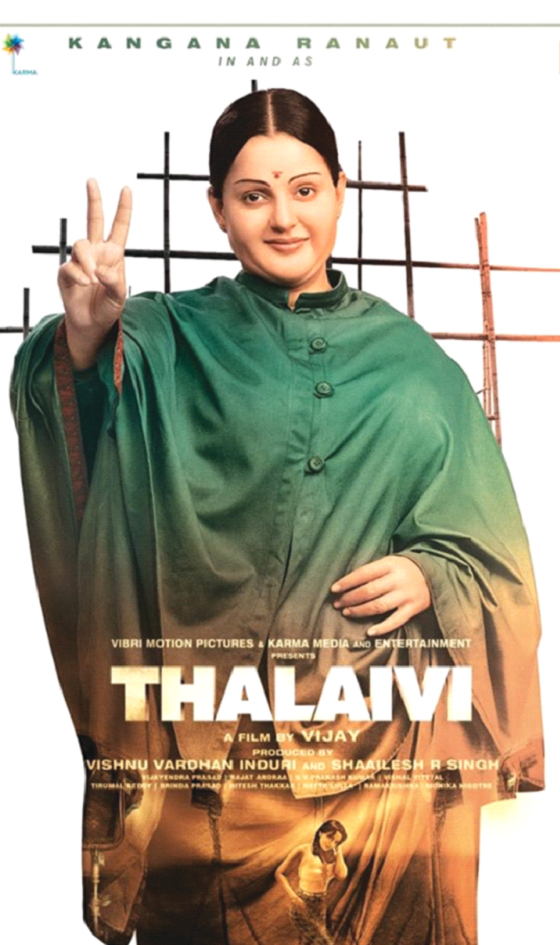 Thalaivi in Tamil, thalaivi means neta or leader – is an upcoming Indian biopic on the life of the Late J. Jayalalithaa, politician and a former actress who served six times as the Chief Minister of Tamil Nadu. Kangana Ranaut plays the role of Jayalalithaa. The film was launched officially on Jayalalithaa’s birth anniversary, February 24, 2019 and the first look came around Nov 19, the birthday of former Prime Minister Indira Gandhi.

The movie was supposed to be released in April 21, 2021, but was postponed due to the Covid pandemic.
Vishnu Vardhan Induri, who decided to make a film based on the life of AIADMK’s former Chief J. Jayalalithaa, who served as the chief minister of Tamil Nadu for more than fourteen years between 1991 and 2016, wanted to focus on the journey of a woman who has been successful in a male-dominated world. The most beautiful thing about her was that she had a powerful mind and was very strong willed; she was an inspiration for many. It has been said by the producers as well as the director that there will be honesty in the biopic, not just drama.