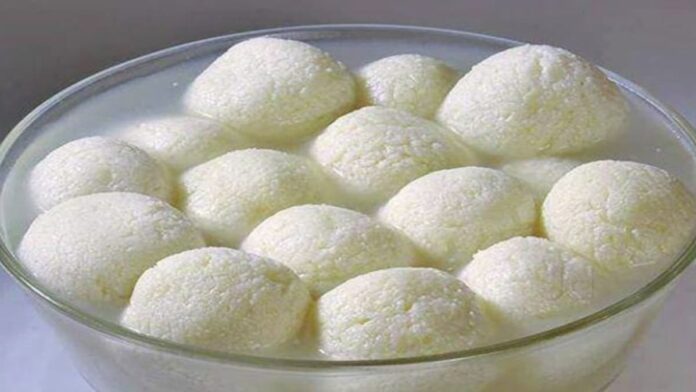 Bengal and Odisha both now have won GI tags for this extreme delicacy of a sweet. It does not matter who got it first or why. For the Foodie in you, it will be another addition to the delicacies you can taste.

One way to satisfy two parties warring for the same award is probably to give them both the award, with slightly different classifications. That was what happened when West Bengal and Odisha both claimed that the Rosogolla, or the Ragulla, or the Rasagola, as it rolls off Odia tongues, was its own creation and the GI tag was due to that state.The origin issue remains debatable.

The initial part of the battle was won by Bengal on November 14, 2017, when the Geographical Indications (GI) Registry announced that “rosogolla” indeed resonates with Bengali identity and that is where it originated, not in Odisha which formally laid claim to the name.

That year it was “proved” that rosogolla was “discovered”, if you like, by confectioner Nobin Chandra Das in the 19th century (1868, to be precise) and his grandson, KC Das, has made a fortune out of selling this sweet. There is no patent on the product, but history has recorded this for posterity.

Odisha would not bow out of the battle so easily, though. It kept the fight on for recognition. The Odisha government presented their side of the case and said that historically it first made its appearance in Orisha as an offering to Lord Jagannath of Puri temple in the 12th century. That sort of predates Bengal, one might say. But Bengal got its tag in 2017, that stated, while Odisha got its own rasagola’s GI status on 29 July, 2019.

Basically all are happy, and our taste buds can now enjoy both sides with no guilt as top who they support. Rosogolla or rasagola (what’s in a name?) are speciality delicacies.

The Bengal category is less sweet, depending more on consistency and delicate taste, while the Odisha version might have more ingredients incorporated. Both are similar genre this is a type of sweet that has not been found anywhere else in the world, considering that even the ubiquitous ‘sandesh’ of Bengal is actually a Turkish/Central Asian delicacy. If anything, rosogolla or rasagola, or even rasgulla, should be given a national GI tag. It definitely is very Indian. How did Bengal get it?

What everybody, especially every single Bengali, knew for almost forever, became an official truth in 2017 – the revered and lusciousrosogolla is theirs. Odisha’s claim at that time was rejected. Rosogolla added to India’s many such GI tags including, of course, the world famous Darjeeling brand of teas.

This has a world GI indicator and is as good as Champagne, which can only be branded in Champagne inFrance. Elsewhere, it is just sparkling wine. Hence, no tea grown beyond the district of Darjeeling can be called Darjeeling tea.That initial GI announcement (2017) had come months after the Odisha government formed a panel to formally lay claim to “rosogolla”. West Bengal formed a counter-committee and the war began. Odisha was always going to lose, but there was no harm in trying, they thought.

Another Indian product that has been awarded the world GI tag is Basmati. No single state in India can claim the right to this, but India as a whole has the ability to control produce elsewhere in the world. Technically, a number of states of India have been allowed to claim this, as per the directive of the Intellectual Property Appellate Board (IPAB) to the assistant registrar of the GI Registry, Chennai.

The states are Punjab, Haryana, Himachal Pradesh and Uttarakhand and parts of Uttar Pradesh and Jammu & Kashmir. India holds 85 percent of the share in the global Basmati trade. A GI tag can be issued for agricultural, natural or manufactured goods that have a given quality, reputation or other characteristics attributable to their geographical origin.

In 2019 the Odisha government said: “West Bengal has rosogolla, we have Odia rasagola.”

According to Oida lore, Pahala village on the Cuttack-Bhubaneswar Road is well known for the typical kind of rasagola made there. In 2018, the Odisha government again applied for GI status for “Odisha Rasagola” (Odia rasagola) and it was declared different from Bengali rosogolla, which got approved by GI Registry of India and subsequently Odisha got its own Rasagola’s GI status on July 29, 2019.

Thankfully, for foodies, the war is over. Both will now coexist peacefully and we can taste both.

Differences :  The differences will be apparent from the ingredients used and the recipes.

1.Boil 1.5 litres of cow or full cream milk. The higher fat content of this milk eventually makes the rosogolla soft and spongy.

2.Once boiled, cool it down for 2-3 minutes so that the temperature decreases a little.

1. Squeeze two lemons in one small bowl and add 2-3 spoons of cold water to it. Add this lemon juice mixed with water slowly to the slightly cooled down boiled milk.

2.Continue stirring the milk. You will see the chenna getting separated from milk. Wait till the water present in milk becomes yellow.

3.Take a strainer, and one very thin cotton/muslin cloth.

4.Keep the cloth on the strainer and drain out the water and separate the chenna.

5.Wash this freshly made chenna with cold water so the sourness of lemons is removed.

6.Now squeeze the excess water from the chenna and hang it for an hour so that it becomes dry (hang it like we do for yogurt).

7.After about an hour, take this chenna on a plate or any flat surface and mash it with your palm till the time becomes smooth and doughy. You need to mash it till your hands become greasy which is an indicator of fat coming out of the chenna.

2. Once the syrup starts boiling, start adding the small chenna balls (one by one) to the syrup.

3.Cover the pan with a lid and keep checking the mixture every 5 minutes. You can see the balls absorbing the syrup and growing in size. Cook for at least 20 minutes.

4.Let the spongy rasgullas cool for 1-2 hours, once it comes down to room temperature, add 4-5 drops of rose water and put it in the fridge.

5.Serve with a dash of saffron and enjoy a cool sugary delight.

1.Bring the milk to boil on a medium flame in a thick bottomed vessel. Once it gets to a rolling boil, keep on the flame for another 2-3 minutes.

2.Dissolve the citric acid crystals in 1 cup of HOT water.

3.Remove from flame and keep aside for 4-5 minutes. Add the citric acid in one corner of the vessel till the milk shows signs of curdling. Using a spatula, mix the contents of the vessel thoroughly till the greenish water (whey) and milk solids (chenna) get completely separated. (You might not need to add the entire cup of citric acid but use sufficient amount needed to split the milk)

4. Place a thin cloth on a metal strainer (Do not use plastic as the mixture is still very hot at this point). Pour the contents of the vessel over it. Wash the chenna under running water for 2 minutes to remove all traces of citric acid. Bundle/gather the corners of the cloth and squeeze out all the water but do not squeeze too hard.

6.Remove the cloth and place the chenna on your sanitised kitchen counter / chopping board. Start kneading it with the heel of your palms. Then gather the chenna into a ball and start kneading again. Do this for 10 minutes.

7.Sprinkle the suji and powdered caramelized sugar over the sugary stuff and there will be quite a lot of oiliness/greasiness on your hands. Work them into the dough. Knead till you can no longer feel the graininess of the suji. The dough will start looking like an orange peel by this time with a dimpled appearance.  Cover dough with moist cloth and keep aside.

8.Take the 2 1/2 cups of water in a pressure cooker and place it on a medium flame. Add sugar and cardamom powder, and dissolve it with a ladle. Allow it to come to a boil.

9.Back to the dough. Remove the cloth and knead it again for 3-4 minutes. Pinch small balls out of it and roll them into smooth looking balls between your palms. There should be no cracks as the water can seep in and disintegrate the balls. (The trick is to apply a little pressure at first when shaping into a ball, then roll it very gently. It is possible to get 5 balls from 1/2 litre milk).

10.Place the balls gently in the boiling water. Close the lid, but remove the weight/whistle first) and cook for 30 minutes (first 5 minutes on a HIGH flame ). Remove from flame and keep the pressure cooker aside for 5 minutes.

11.In the meantime boil about 2 cups of water in a saucepan. Remove the balls from the pressure cooker and put into the hot water for 5 minutes (on medium flame). Switch off the flame.

12.Transfer the balls back into the sugar syrup and allow to stand for 15 minutes.

13.Serve immediately. (Pahala rasgullas are best enjoyed hot/warm) Instruction: The cheese needs to be kneaded till it is very smooth. Do not disturb the balls when hot as they are delicate and tend to break. Also consume within a day.