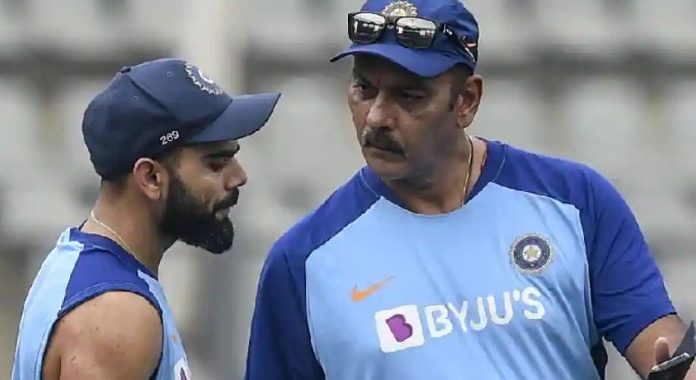 Ravi Shastri, former Indian head coach and an ardent admirer of Virat Kohli, feels that the former India skipper needs to take a break from the game for two or three months. Shastri, himself a legendary cricketer, feels that Kohli needs to calm down, start focusing on his batting and take one game at a time.

Shastri believes Kohli still has at least 5 years of cricket left in him.

Shastri has been quoted in the media as saying: “He (Kohli) realizes he is 33, he realizes he has five years of good cricket ahead of him. If he can calm down, focus on his batting, take one game at a time, probably take a break from the game as well. I think if he sits out for two or three months or takes a break for a series, it would do him a world of good.”

“To come back and play those three-four years as king, absolute king. You know where he is clear mentally, knows exactly what his job and role are, and then plays as a team player, that’s where I want to see Virat Kohli now. To come, contribute big time as a team player and help the team win,” concluded Ravi Shastri.