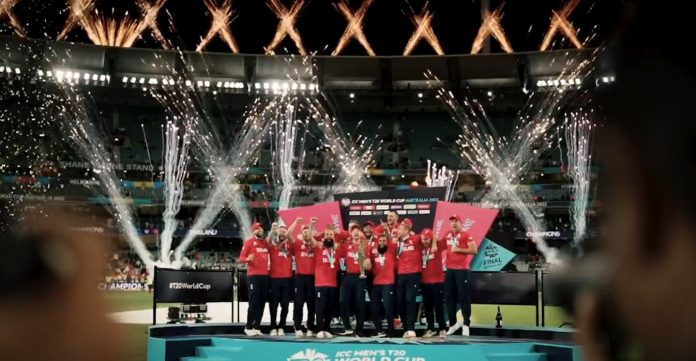 India’s T20 World Cup campaign collapsed in a disaster. It was not just a defeat but a complete humiliation, the likes of which highly paid Indian cricketers had not seen in a long time. This was what England, the ultimate champions – they have now become the only country to have won the ODI World Cup and the T20 World Cup – handed to India: a ten-wicket drubbing.

Yes, England won the T20 World Cup beating Pakistan, and all that did happen. But for India, it was the expose of how terribly overrated we were that rankles.

In the second semi-final between England and India at the Adelaide Oval on November 10, England won the toss and decided to field first. That was how it all started.

India had a difficult start to their innings as they lost the wicket of KL Rahul early. Virat Kohli and Rohit Sharma tried to build a partnership but some really tight bowling by the England bowlers didn’t allow them to score at a swift rate.

Rohit departed for 27 from 28 deliveries in the ninth over of the innings, whereas Suryakumar Yadav also perished soon for 14. But Kohli and Pandya stuck around and took the game a bit deep. Kohli was dismissed just after scoring his fifty in the 18th over, but Pandya carried on and went on an onslaught to take India to a somewhat competitive score of 168/6 in their 20 overs.

Pandya’s efforts helped India in adding 68 runs in the last five overs, 54 of which came from Pandya’s bat.

However, that was the sum and substance of Indian bravado. As England came in to bat, Indian bowlers failed to bite into English batting, Alex Hales hit 86 off 47 balls and Jos Buttler scored 80 off 49 balls and stayed unbeaten on a 170-run stand. The humiliation of India was complete.

Player of the Match: Alex Hales
The final
Ben Stokes and Sam Curran starred as England edged Pakistan by five wickets to win the Twenty20 World Cup on November 13 and become cricket’s first dual white-ball champions, holding both the 50 and 20-over titles.

India beat Zimbabwe
Earlier, Suryakumar Yadav continued his terrific run as India beat Zimbabwe by 71 runs in the final Super 12 encounter in Melbourne. Suryakumar scored an unbeaten 61 off 25 balls as India piled 186/5 on the board after opting to bat first. In response, the bowlers, especially R Ashwin performed exceedingly well as they bundled out Zimbabwe for 115 in 17.2 overs. Bhuvneshwar Kumar, Arshdeep Singh struck a wicket each in the first two overs. Mohammed Shami and Hardik Pandya did the same, striking in their very first over.

Ryan Burl and Sikandar Raza showed some resistance before Ashwin cleaned up Burl on 35. The carom ball specialist eventually finished with three wickets. Pandya and Shami scalped two wickets each. Axar Patel too picked a wicket. Meanwhile, KL Rahul also continued his rich form and went on to hit consecutive half-centuries. However, he was once again dismissed right after completing the milestone. Virat Kohli scored 26(25), while captain Rohit Sharma scored 15(13). Hardik Pandya 18(18), Rishabh Pant 3(5) were the other batters to be dismissed.

Player of the Match: Suryakumar Yadav

India beat Bangladesh (DLS Method)
Earlier still, India beat Bangladesh by five runs in a rain affected Super 12 encounter in Adelaide on November 9. With this outcome, India climbed to the top of the Group 2 table with six points from four matches. The match started with Bangladesh inviting India to bat first. India got off to a slow start, losing skipper Rohit Sharma for 2. However, a fifty from KL Rahul and an unbeaten 44-ball 64 by Virat Kohli powered India to 184/6 in 20 overs.

In response, Bangladesh started strong with Litton Das leading the run chase. He went to slam a 21-ball 50, before rain stopped the play, which also saw the target get reduced to 151 in 16 overs. As soon as the action resumed, Bangladesh kept losing wickets in a hurry, which started with Das getting run-out for 60. Soon Mohammed Shami provided India with the second breakthrough. Arshdeep Singh then struck twice in the same over and Hardik Pandya scalped two in the following over.

Player of the Match: Virat Kohli

India lose to South Africa
That was the first loss. David Miller finished unbeaten on 59 off 46 as he saw South Africa over the line in their chase of a target of 134. Lungi Ngidi’s searing four-wicket haul and the efforts of the rest of the South African pacers meant that India were off to a disastrous start batting first. However, Suryakumar Yadav’s 68 off 40 balls almost single-handedly got India to 133/9.

India then came out swinging with Arshdeep Singh, Bhuvneshwar Kumar and Mohammed Shami keeping South Africa pinned. However, Aiden Markram and Miller stemmed the flow of wickets after the powerplay. The pair shifted gears after the first 10 overs and Markram eventually fell for 52 off 41. Miller finally saw South Africa over the line with two balls to spare.

Player of the Match:  Lungi Ngidi

India beat Pakistan
Virat Kohli single-handedly powered India to a four-wicket win over Pakistan with a magnificent 53-ball 82 not out in their big-ticket T20 World Cup game. Pakistan recovered from a wobbly start to post a fighting 159 for eight. India completed the chase in the last ball, with Kohli and Hardik Pandya (40) doing the bulk of the scoring after a horror start to their innings.

The 113-run stand between Kohli and Pandya is the highest for India against Pakistan in T20Is for any wicket.

Player of the Match: Virat Kohli