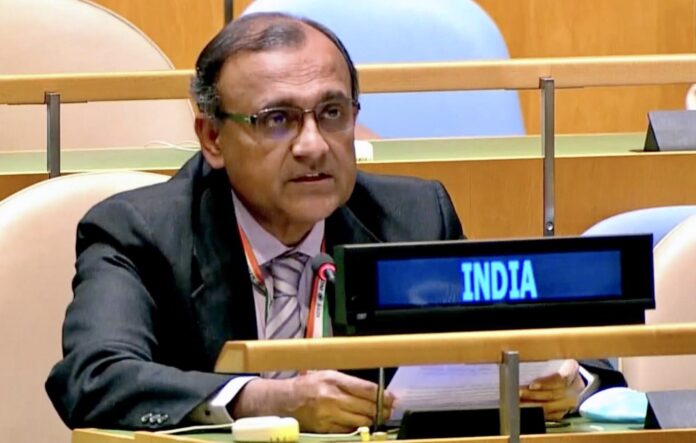 India has abstained from voting on a US-sponsored UN Security Council resolution that “deplores in the strongest terms” Russia’s “aggression” against Ukraine. According to New Delhi, dialogue is the only answer to settling differences and disputes. India only voiced its “regret” that the path of diplomacy was given up.

There were 11 votes in favour and three abstentions, including by India, China and the UAE.

“India is deeply disturbed by the recent turn of developments in Ukraine. We urge that all efforts are made for the immediate cessation of violence and hostilities,” India’s permanent representative to the UN, Ambassador TS Tirumurti, said in India’s explanation of vote in the Council.