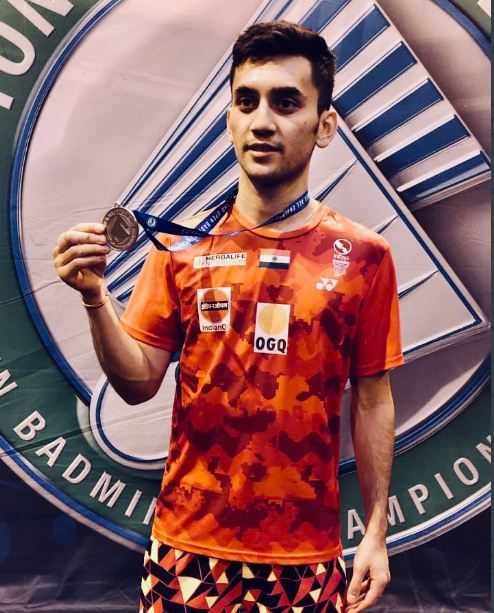 Lakshya Sen was not the typical badminton player on whom punters would have put their money on in any international event. Surely, he was world junior champion and an upcoming star, but the fact that he could not even make the Indian team for the Thomas Cup ensured long odds on his attaining any reasonable height as would, say, P V Sindhu.

Yet, at the last All-England Championship, the oldest and the toughest meet in the calendar of that sport, he had sailed into the men’s singles final, within sniffing distance of emulating Indian greats, such as Prakash Padukone and Pulella Gopichand. He lost 10-21, 15-21 in the final to an immensely talented Dane Viktor Axelsen, the reigning champion, but he did signal his arrival at the top level.

And all this – from his rejection in the Thomas Cup squad, when he lost in the first round of the selection trials last August, to the All-England final entry – took just six months. What a transformation! He has a lot of miles to travel before really ‘making it’, but the Almora lad is just 20, and has time on his side. Prakash had won the title at 25 and Gopi at 27.

His loss in the final on March 20 to Axelsen was no downer. He lost to the best male badminton player the world has today. There is no shame in that. Plus, the two currently share a good relationship and this will work to Sen’s advantage. Actually, they have been training together. Following his dejection, Olympic champion Axelsen had invited Sen to train with him in Dubai. The Dane had shifted his training base to that country from his motherland. The Dane had invited five shuttlers: reigning world champion Loh Kean Yew of Singapore, Brian Yang of Canada, Toby Penty of Denmark, Felix Burestedt of Sweden and Sen.

Sen’s coach Vimal Kumar has been quoted in the media as saying: “Lakshya was upset at that moment. I told him that these things happen to fringe players. You should be like Srikanth, Sindhu and Saina. Then this sort of selection issues would not matter. We told him to go to Dubai and Lakshya benefited from training there. He was inspired by how Axelsen organised everything on his own. Lakshya was on his own in a European tournament, where he learnt how to react to particular different situations. That is actually helping him to react and change strategy immediately on the court.”

Lakshya and Loh benefited the most from that camp. While Loh went on to become the world champion, Lakshya won bronze at the Worlds, clinched India Open Super 500 title and reached the final of the All England.

CAREER
Clinched bronze at Junior Asian Championship after losing to Sun Feixiang 12-21,16-21. Coincidentally, Sen lost to Sun again in the pre-quarters of Junior World Championship 21-17, 8-21 and 13-21. Sen also competed at the senior international level and won the men’s singles title at the 2016 India International Series tournament.

He emerged as the champion at the 2018 Asian Junior Championships defeating the top seeded World Junior No. 1 Kunlavut Vitidsarn in the final 21-19,21-18.

He won the men’s singles title in the 2019 Scottish Open in November, with a victory against Brazilian Ygor Coelho.

In December 2021, he reached the World Championships semi-finals where he lost to compatriot Srikanth Kidambi in a hard fought match 21–17, 14–21, 17–21 and settled for a bronze medal.

In the German Open, Lakshya defeated World No.1 Viktor Axelsen in the semi-finals, but lost the finals to Kunlavut Vitidsarn.

This is Sindhu’s second title of 2022. The World No. 7 had won the Syed Modi India International in January. It was Sindhu’s 16th win over Busanan in 17 meetings, having lost to the Thai only once at the 2019 Hong Kong Open.

Sindhu had lost to Rio Olympic gold medallist Carolina Marin of Spain in the final in the last edition.

Italy has now failed to qualify for a second consecutive World Cup. Federico Chiesa, Marco Verratti and Giorgio Chiellini will not take the big stage in Qatar.

BYJU’S is a sponsor
On March 24, Indian edtech firm BYJU’S was named as a sponsor of the 2022 Qatar World Cup. The Bengaluru-based firm, which offers online education catering to all age groups for competitive exams and Academics and also sponsors the Indian cricket team and said the deal was its first major move into soccer.

Financial details of the agreement were not announced. “It is a matter of pride for us to represent India on such a prestigious global stage and champion the integration of education and sport,” said BYJU’S founder and CEO Byju Raveendran in a statement. Kay Madati, chief commercial officer of world soccer’s governing body FIFA, said: “We are delighted to be partnered with a company like BYJU’S, which is also engaging communities and empowering young people wherever they may be in the world.”